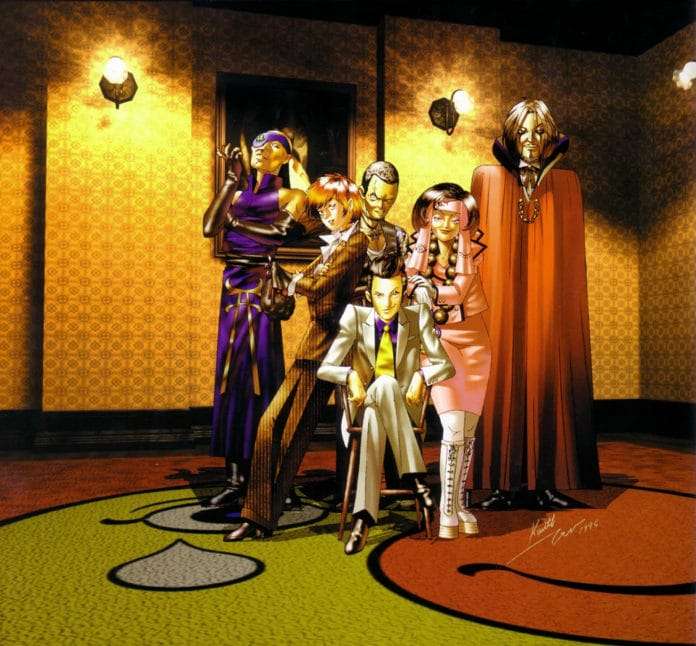 The original description for Vol. 4:

Eight years after Kazuma Kaneko Works III was released, the long-awaited fourth installment has finally been announced! It will include more than 300 original pieces of Shin Megami Tensei: Devil Summoner art work.