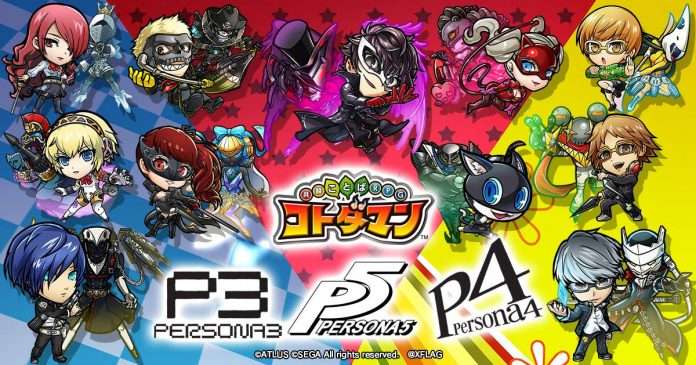 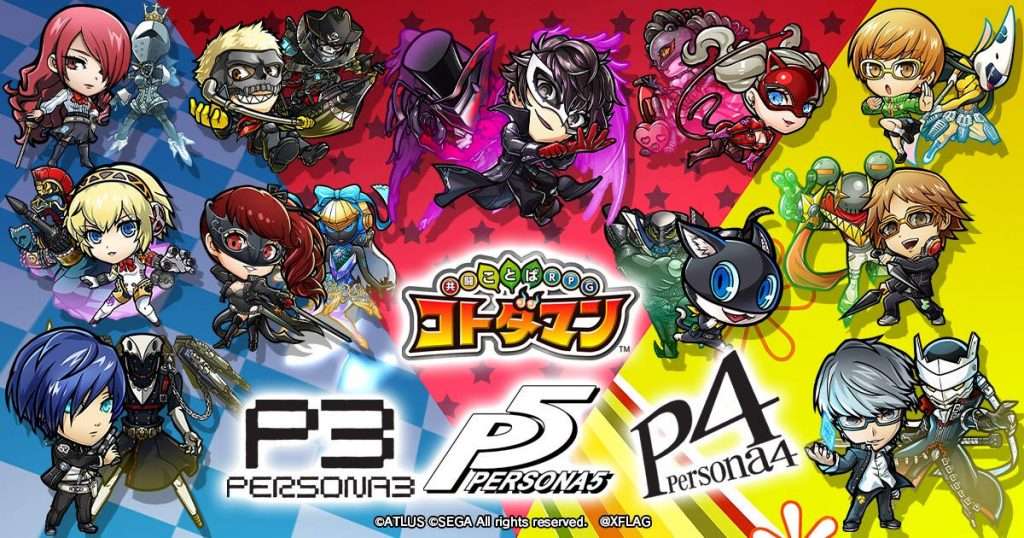 For this collaboration, when a special move is activated, a cut-in illustration from the respective Persona games will be included. The background and background music for the quests will be based on dungeons from Persona 3, Persona 4, and Persona 5 Royal. Familiar “Velvet Room” quests from the series will also be included.

There will be a total of seven different types of stamps available for use in the Kotodaman app as part of this collaboration.

A “Megidolaon” class gift will be distributed as part of this collaboration. Called the “Persona Collaboration Commemoration Language Research Club: Strong Expressions,” users who answer quiz questions about Persona through Twitter, from November 4 to November 10, will enter a campaign to win a 9,999 yen gift card either for iTunes and the App Store, or for Google Play. There will be 99 winners in all.

A live stream celebrating the “Persona Collaboration Festival” in Kotodaman will take place on Monday, November 2 at 21:00 JST (7:00 AM EST / 4:00 AM PST). Details from the collaboration event will be revealed.