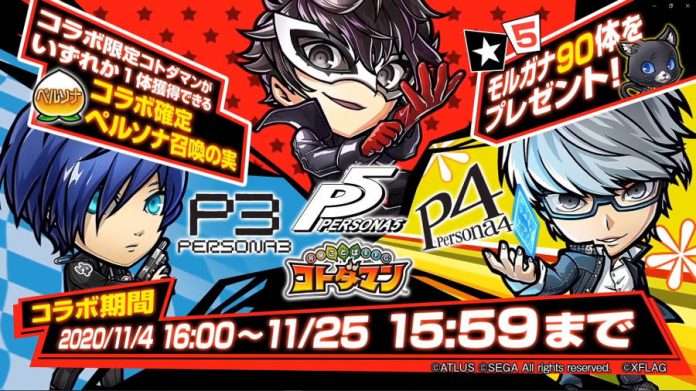 Following the earlier announcement of the “Persona Collaboration Festival” event for the mobile game Kyoutou Kotoba RPG: Kotodaman taking place from November 4 to November 25, 2020, further details and a trailer for it have surfaced with the commemoration live stream.

Kotodaman is a free-to-play mobile RPG based on Japanese slang word puzzles, where players combine character spirits to create words and clear stages.

As previously announced, characters from Persona 3, Persona 4, Persona 5 (taken from last year’s collaboration) and Persona 5 Royal will make an appearance.

During the collaboration period, everyone who logs in will receive a “5-star Morgana” and a “Collaboration Persona Summoning Fruit” that will allow users to obtain a collaboration limited “Kotodaman.”

The following characters have been added as Kotodaman, as part of this collaboration. The first image represents their 5-star, pre-evolution states and the second image is their 6-star evolution versions.

These characters appeared in the previous Kotodaman collaboration.

During the collaboration event, strong enemies will appear in special “Advent” quests. Defeat them to have them join as “Kotodaman.” 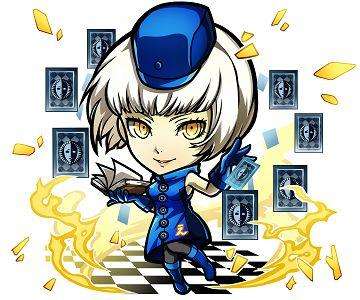 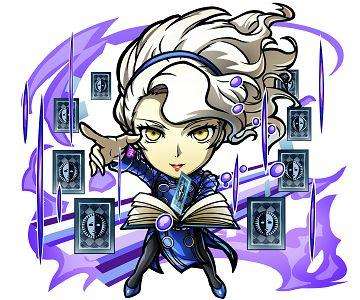 These are all reappearances from last year’s collaboration.

A collection of special collaboration stamps which will be available to obtain during the event period.