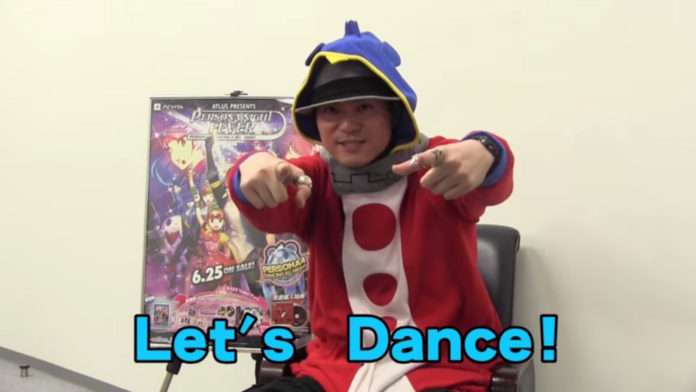 Persona series music artist Lotus Juice is the person behind the Persona 4: Dancing All Night remix of “Backside Of The TV,” and Dengeki has posted a video of him playing through the song.

The main character for the song is Yosuke Hanamura, and Lotus Juice decides to choose Naoto Shirogane as his partner.

Lotus Juice appeared as a guest in the latest episode of Persona Stalker Club, episode 16, and he played through several songs in the game there, including “Pursuing My True Self (ATLUS Kozuka Remix)” and “Best Friends (Banvox Remix).”

Persona 4: Dancing All Night is slated for a Japanese release on June 25, 2015. The PlayStation Vita exclusive rhythm game has been announced for a North American release in fall 2015.