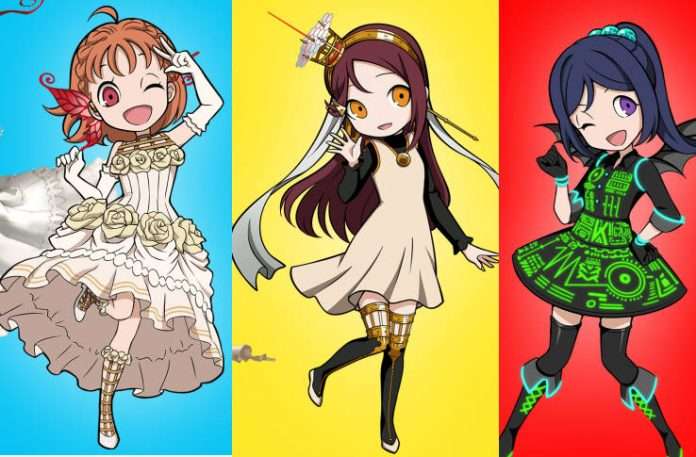 In June 2021, a collaboration was announced between  the mobile rhythm game Love Live! School Idol Festival and the Persona series. Part of this collaboration is the introduction of the character Eli Ayase wearing Elizabeth’s costume from Persona 3 (after winning a popularity poll) and the members of the idol group μ’s (Muse) dressed as personas as ultra rare (UR) characters in the game.

Today, members of the idol group Aqours have been revealed, designed after personas, as SSR members in the game. 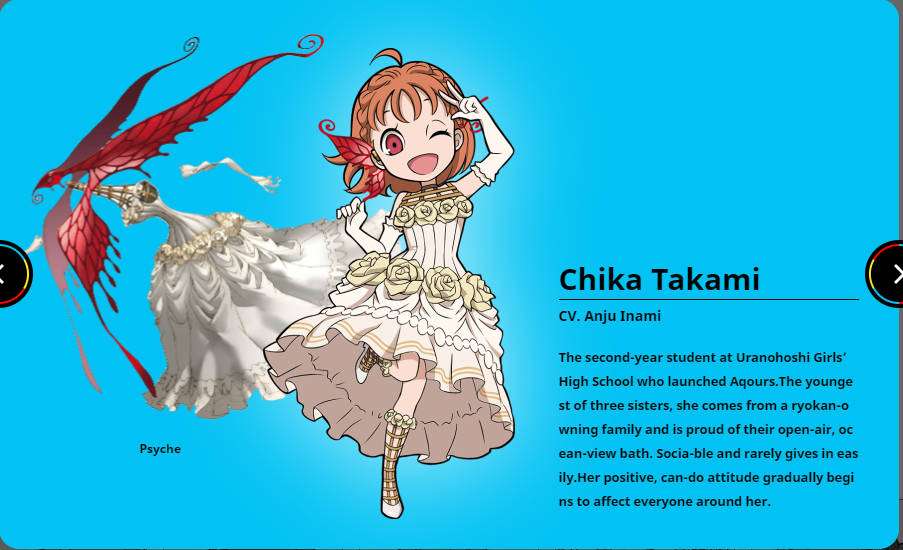 The second-year student at Uranohoshi Girls’ High School who launched Aqours.The youngest of three sisters, she comes from a ryokan-owning family and is proud of their open-air, ocean-view bath. Socia-ble and rarely gives in easily.Her positive, can-do attitude gradually begins to affect everyone around her. 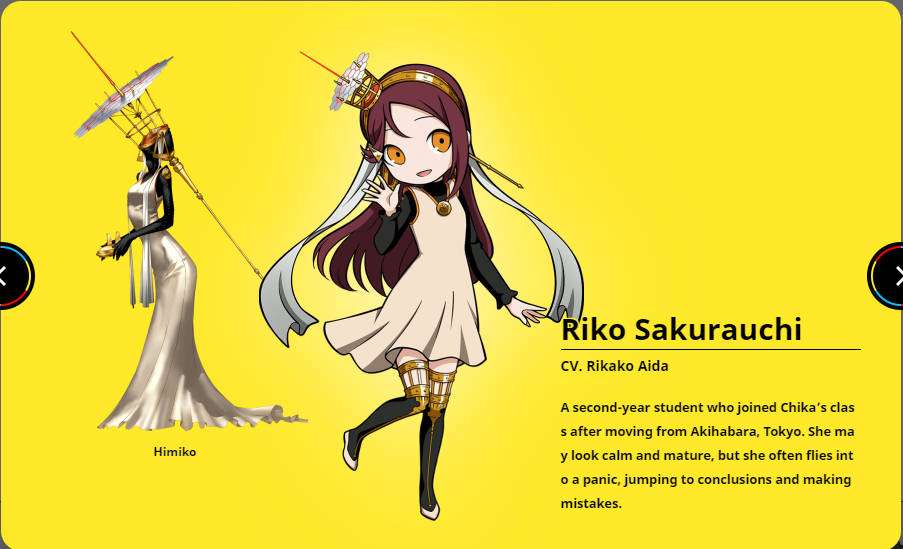 A second-year student who joined Chika’s class after moving from Akihabara, Tokyo. She may look calm and mature, but she often flies into a panic, jumping to conclusions and making mistakes. 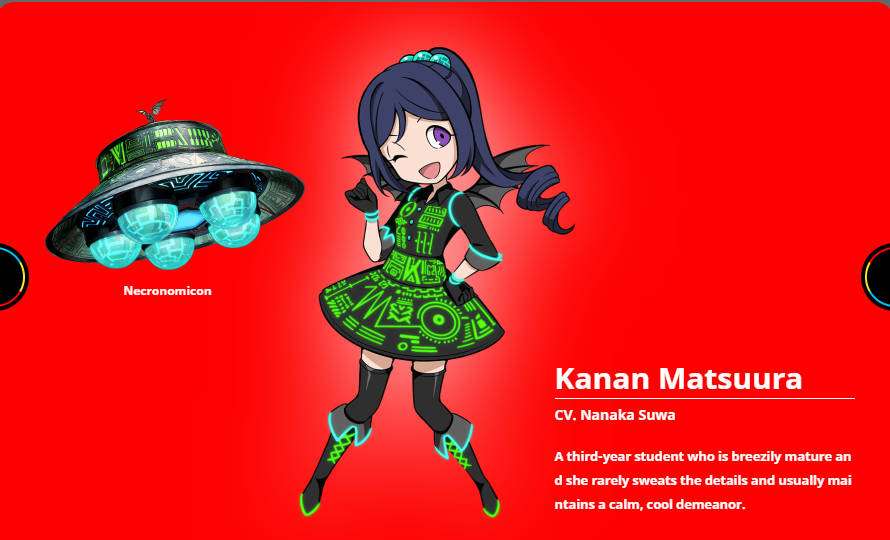 A third-year student who is breezily mature and she rarely sweats the details and usually maintains a calm, cool demeanor. 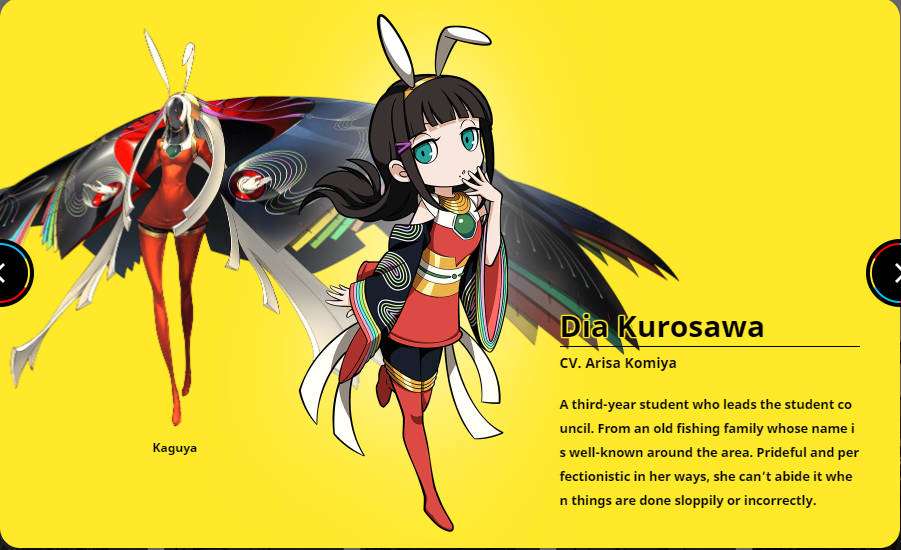 A third-year student who leads the student council. From an old fishing family whose name is well-known around the area. Prideful and perfectionistic in her ways, she can’t abide it when things are done sloppily or incorrectly. 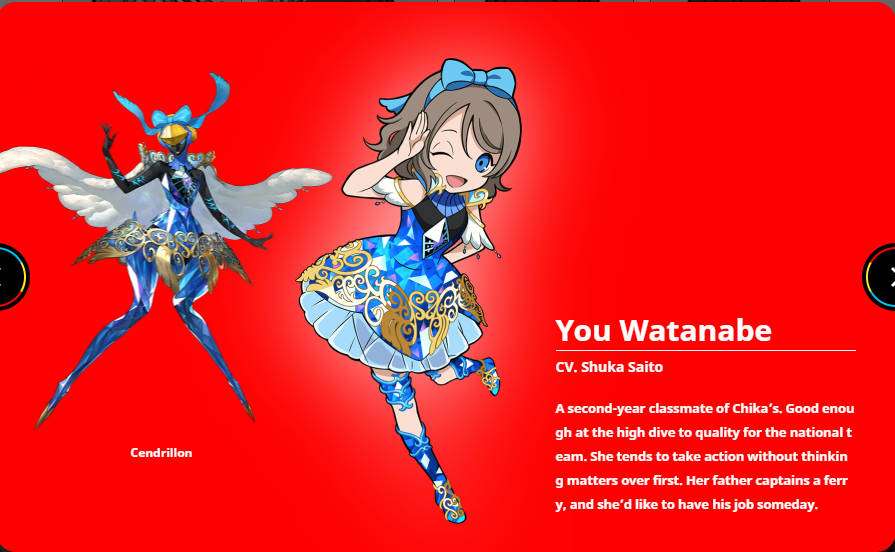 A second-year classmate of Chika’s. Good enough at the high dive to quality for the national team. She tends to take action without thinking matters over first. Her father captains a ferry, and she’d like to have his job someday. 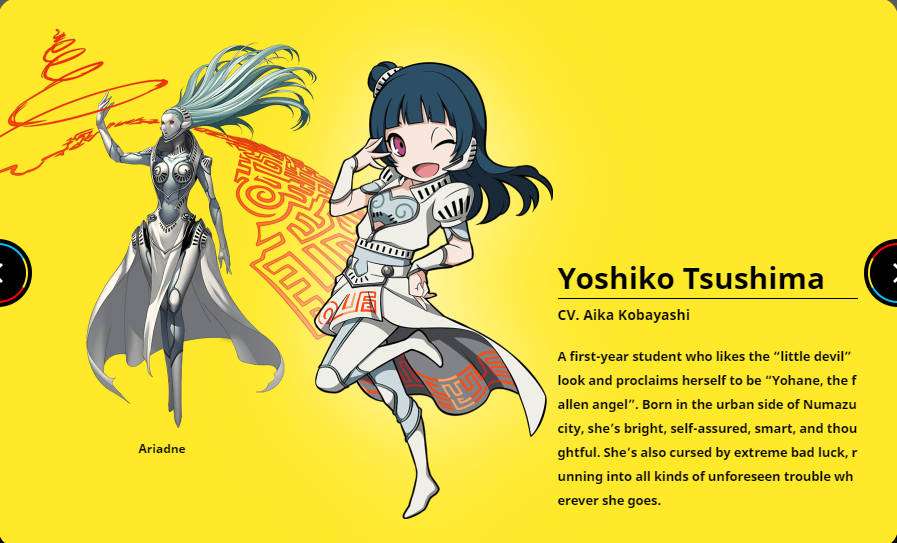 A first-year student who likes the “little devil” look and proclaims herself to be “Yohane, the fallen angel”. Born in the urban side of Numazu city, she’s bright, self-assured, smart, and thoughtful. She’s also cursed by extreme bad luck, running into all kinds of unforeseen trouble wherever she goes. 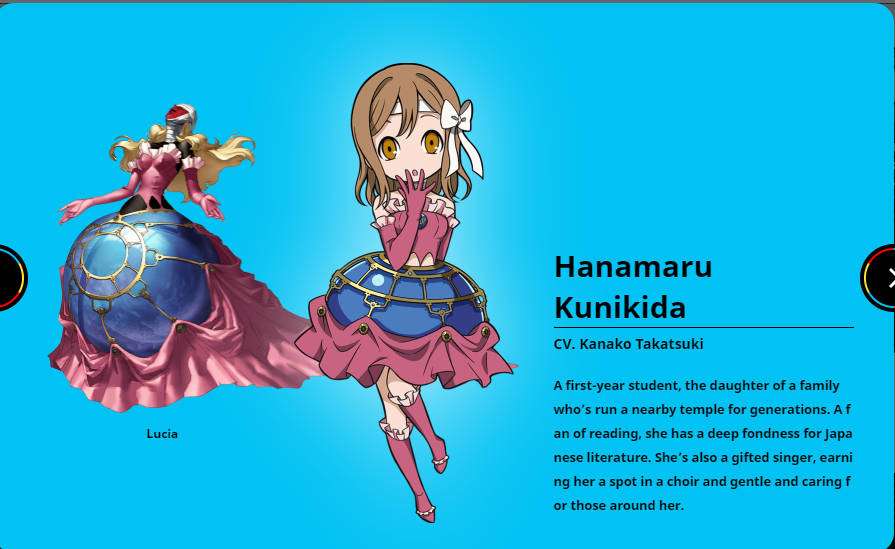 A first-year student, the daughter of a family who’s run a nearby temple for generations. A fan of reading, she has a deep fondness for Japanese literature. She’s also a gifted singer, earning her a spot in a choir and gentle and caring for those around her. 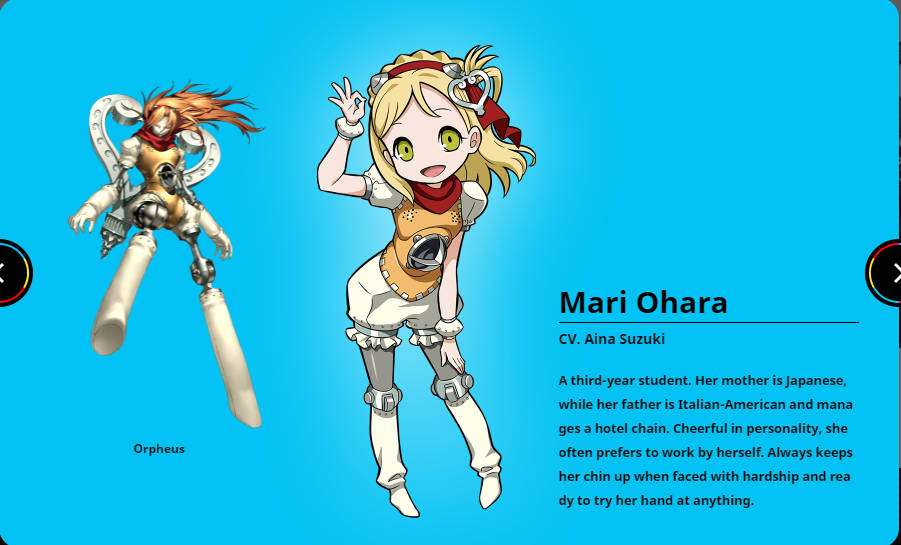 A third-year student. Her mother is Japanese, while her father is Italian-American and manages a hotel chain. Cheerful in personality, she often prefers to work by herself. Always keeps her chin up when faced with hardship and ready to try her hand at anything. 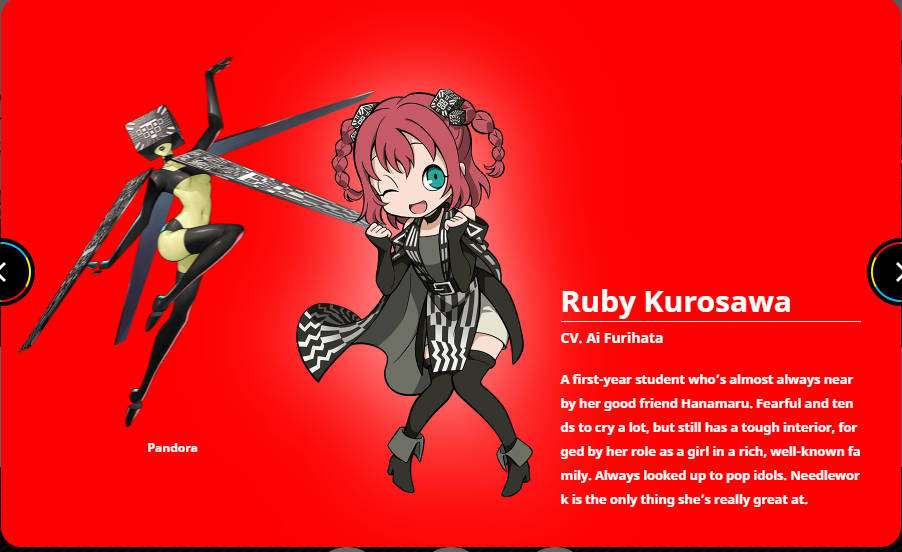 A first-year student who’s almost always nearby her good friend Hanamaru. Fearful and tends to cry a lot, but still has a tough interior, forged by her role as a girl in a rich, well-known family. Always looked up to pop idols. Needlework is the only thing she’s really great at.

The special website includes schedule details for the collaboration. The “Persona series x LoveLive! School Idol Festival Special collaboration campaign” will be from October 31, 2021 to November 25, 2021.

The third announcement will be on October 12th, and the fourth on October 25th.