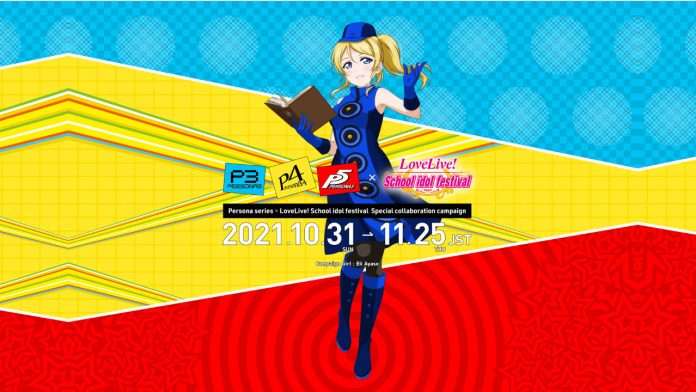 In June 2021, a collaboration between the Persona series and the mobile rhythm game Love Live! School Idol Festival was announced with a poll featuring the members of the school idol group μ’s (Muse). The most popular character would appear in the game as an Ultra Rare (UR) member wearing Elizabeth’s costume from Persona 3.

The most popular character ended up being Eli Ayase, and her design wearing Elizabeth’s costume has been revealed today alongside the launch of a special website.

In celebration of the "Persona Series x SIF" collab from 10/31, a life-size standee of the collab campaign girl #EliAyase is being exhibited💖

Additionally, in July 2021 it was announced that the members of μ’s will all appear as UR characters in the mobile game with costumes designed after the personas in Persona 3, Persona 4, and Persona 5. The news scheduled for October will likely include which personas each idol member will be designed after.