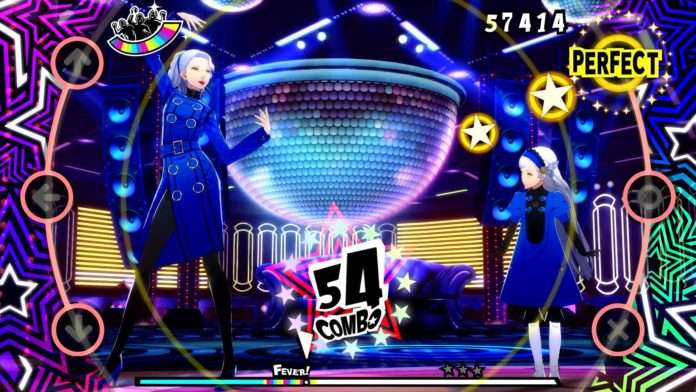 4Gamer has released several new screenshots for Persona 3: Dancing Moon Night and Persona 5: Dancing Star Night, some of which were featured in a previous issue of Weekly Famitsu magazine. 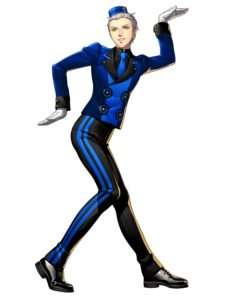 A resident of the Velvet Room who first appeared in “Persona 3 Portable.” A sibling of the wilder older sister Elizabeth and as a wise brother to Caroline & Justine. In this game, he will show off his true worth through a dependable and technical dance style.

This character will be shared DLC for P3D and P5D, released at a later date. 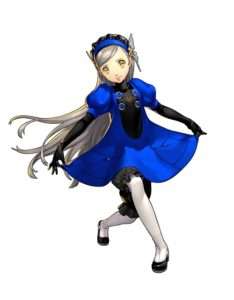 A resident of the Velvet Room who first appeared in “Persona 5.” While showing polite behavior and faithfulness to her duty, she is an enlightened girl representative of the “Satori generation” whose true feelings escape at times. In this game, she will show off a strong dance style.

This character will be shared DLC for P3D and P5D, released at a later date.

You can enjoy a variety of visuals including animations and live video!

In this game, you can enjoy rhythm action not only through the characters dancing but also through visuals with animation and live performance.

“ATLUS Kozuka Remix feat. President Tanaka (Voice: Bin Shimada)” will be appearing as DLC. It’s a song that can be enjoyed in the rhythm games with animation featuring President Tanaka aho appears in “Persona 3.”

This song will be shared DLC for P3D and P5D, released at a later date.

The original, special effects show “Featherman” which appears in “Persona 3” and “Persona 5” will appear. The OP animation is unique to the rhythm games, with the OP song “Let’s Go! Phoenix Ranger Featherman.”

This song will be shared DLC for P3D and P5D, released at a later date.

In this game, you can customize the characters with various items, in addition to costumes.

“Accessories” can be equipped with up to two items selected from about 120 different items (including DLC released at a later date). With items including hair arrangements, it is possible to customize characters in a variety of cool and cute combinations for a total of about 100,000 permutations. Enjoy dancing with your favorite combinations!

By clearing conditions in the game, you can obtain various costumes and accessories. There are a variety of items from cool costumes to fun costumes.

In these games, various places that appeared in “Persona 3” and “Persona 5” will be returning as dance stages. The town, school, and even Tartarus.