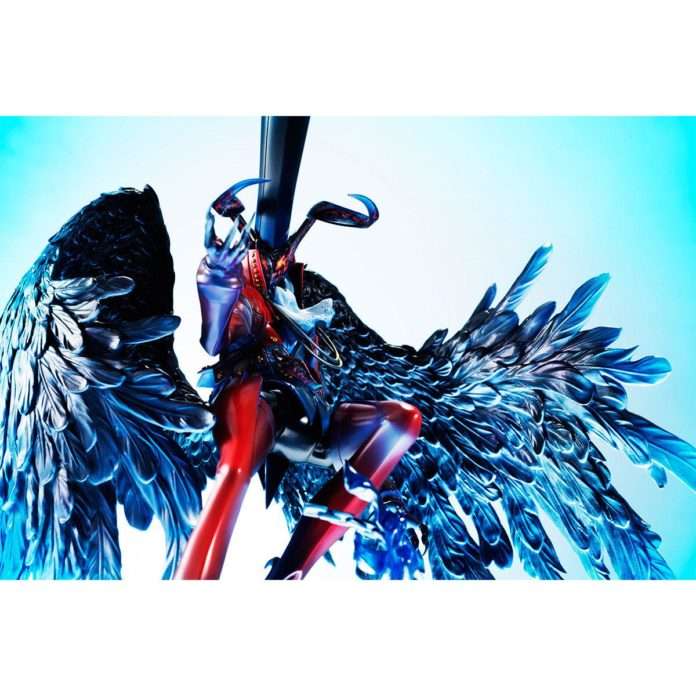 Figure producer MegaHouse has released pictures of the finalized Persona 5 Arsene figure, previously announced at Wonder Festival 2018 Winter in Februrary and with prototype images released a month later. The Arsene figure is part of their “Game Characters Collection DX” series.

The Arsene model is precisely modeled with a floating blue flame surrounding it as if being summoned.

Pre-orders for the figure will be open on April 13 at 1:00 PM JST. Listed retailers include the Atlus D Shop, AmiAmi, Premium Bandai, and Aniplex+. The figure will not be sold at general retailers.