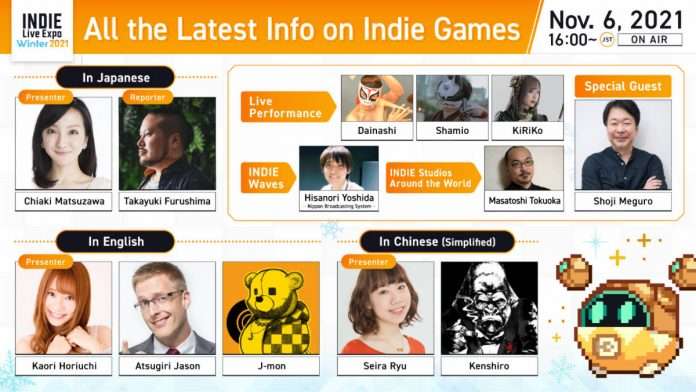 Alongside the announcement that Atlus composer Shoji Meguro—who has worked on the Persona and Shin Megami Tensei series notably—has left the company to become independent as a freelancer, it has been confirmed that Meguro will be making an appearance as a special guest performer during the Indie Live Expo Winter 2021 (ILE) digital showcase on November 6th.

Featuring over 500 indie games, Meguro will also premiere an original new composition for the Indie WAVES showcases throughout the event.

As previously announced, details on the indie game Shoji Meguro is working on, under his creator pseudonym “Megarock,” will be revealed at the show. The game will be a sci-fi, stealth action JRPG.

Other guest performers will include two of Japan’s most popular video game music cover artists, drummer Dainashi and shamisen player Shamio, along with erhu player KiRiKo. They will be arranging indie music from games around the world throughout the live stream.

Host for the English live stream during the event will be Kaori “Kaotan” Horiuchi, from the idol group AKIHABARA Backstage pass. She’ll be co-hosting with bilingual streamer and event host J-mon, alongside American-born, Japan-based comedian Atsugiri Jason.