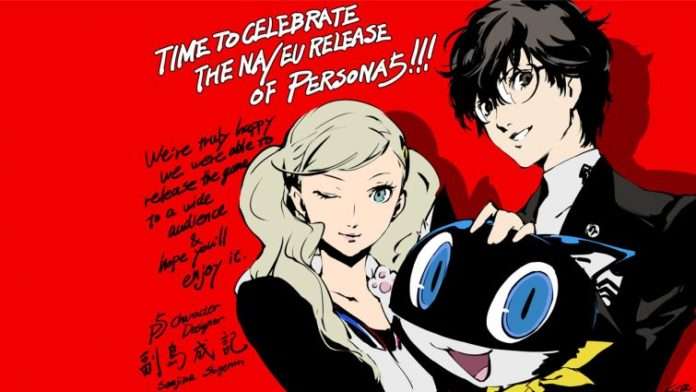 Atlus director and producer Katsura Hashino has written a message celebrating the Western release of Persona 5 last month in North America and Europe, on April 4, 2017.

As a developer, I’m very happy to hear that Persona 5 is being played by so many people overseas. To be honest, it’s really hard to gauge its popularity in the West when our team’s in Japan; we’re not able to see everyone’s comments and discussions. It’d be great to interact with the fans abroad, but sadly, I’m stuck in the development room slurping instant ramen (laugh). Persona 5 is a very “Japanese” story with some political aspects to it, so I couldn’t imagine how Western players would react to it. I did know, however, that Persona 5 was highly anticipated by gamers overseas even back when we were developing the game, so I was curious to see how its story would be received.

I’m going off on a tangent here, but I think that traditional Japanese superhero stories tend to be about fighting off invaders from outside their society, while Western ones focus on fighting against villains and misfits that come from within it. There’s a sense of society being responsible for creating this evil, and such a setting lets the audience’s imagination run wild, like “it could’ve been me.” For instance, doesn’t the Joker from Batman make some valid points that resonate with you?

Persona 5 is also a superhero story in which you fight villains that are born from within society, so I thought that it might be received differently than the previous entries. Of course, it could’ve missed the mark completely and been criticized for it, so my anticipation and anxiety were split half and half. Since the game just launched in the West, I’d like to look back on it at a later time, once I receive feedback from the Western audience—how their gameplay experiences were, what kind of things they felt, etc. I hope that the tale of Persona 5 will leave a lasting impression on everyone who plays it. No matter what kind of project I take on going forward, I love creating RPGs that are both moving and relatable regardless of cultural differences—in fact, I’m most interested in strengthening those aspects right now.

Last year, with the milestone of the Persona series’ 20th anniversary, I handed off the series development to my successors and announced the start of my new RPG project that takes place in a fantasy world. Be it a game set in modern day, like the Persona and Shin Megami Tensei series, or a game set in a new fantasy world, I aim to create games that provide an invaluable experience of reflecting on oneself through a journey, while roleplaying as characters that players can deeply relate to.

These efforts are only made possible thanks to the positive reception we receive from fans—not just in Japan, but worldwide—of the Persona series and Atlus RPGs in general. I appreciate all your support for the newest entry in the Persona series, and I hope that everyone will enjoy the new Atlus RPGs to come.

Hashino made similar comments regarding the Western reception to the Persona series in a recent interview with USgamer.

Persona 5 character designer Shigenori Soejima has made a new illustration in celebration, as well. 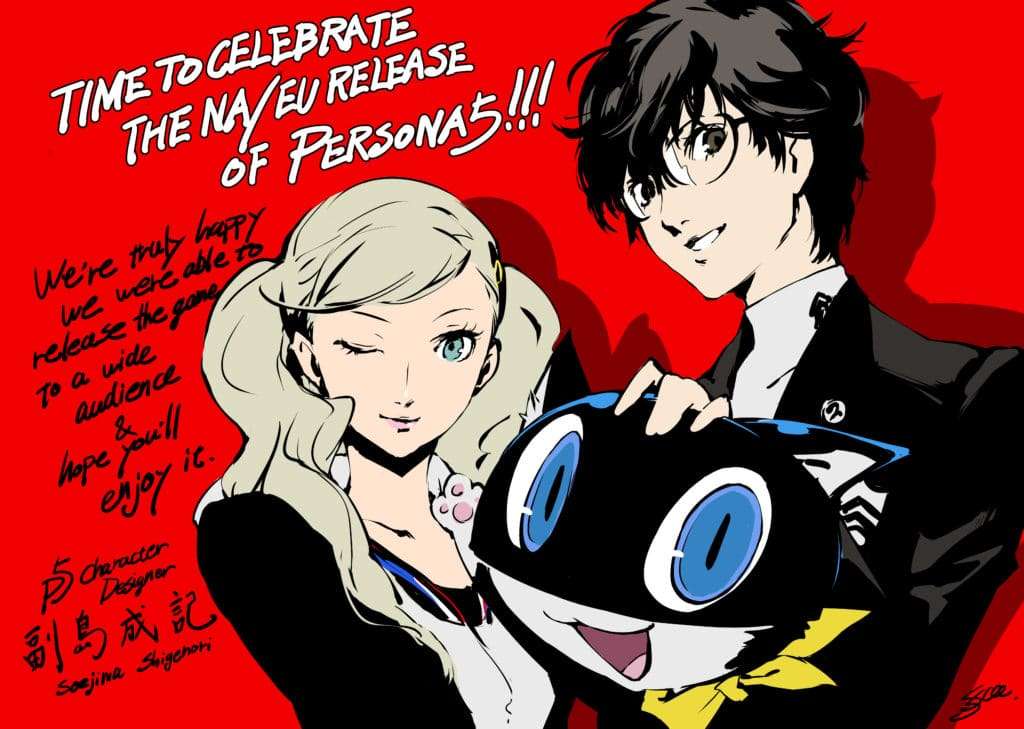