Small bits of Persona news not big enough to have their own article relating to: Persona Stalker Club, Persona 4 Arena Ultimax and Persona Q.

Persona Stalker Club: News was posted today on the Persona Channel concerning segments that will appear in the next episode of Persona Stalker Club, which has been planned to air later this month. One of these segments will consist of Persona developers answering Persona character fan questions that were unanswered in the games.

Persona 4 Arena Ultimax: The title system from Persona 4 Arena which let online players set a custom title based on a preset amount of available words will make a return in the sequel based on a tweet from Atlus USA editor Mike Meeker, pictured above.

Persona Q: According to the p-kouhou Twitter account, the May issue of Nintendo Dream magazine will feature new Persona Q postcards. 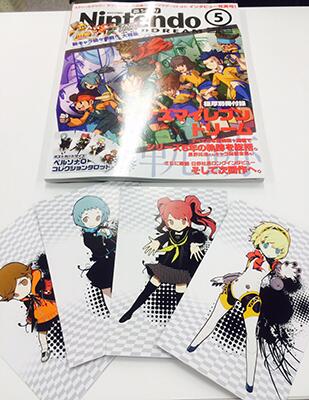