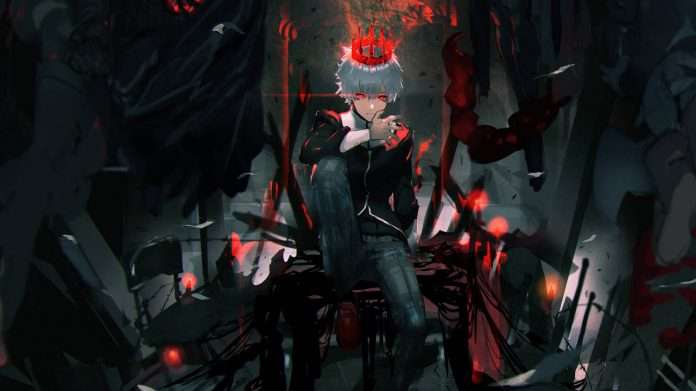 Following the tease for the “New School RPG” developed in part by former Shin Megami Tensei staff members called Monark, as well as the leaked release date of October 14, 2021, new details from the latest issue of Weekly Famitsu magazine have been leaked by ryokutya2089.

The former Atlus staff members are responsible for the scenario as well as the background music.

Among the previously released voice cast:

The “True Student Council” is a group established to resolve abnormal situations at school, The protagonist becomes its vice president, and chooses a partner among four characters to fight against the unreasonable.

The main story has multiple endings, with different branches for each of the four possible buddies. It’s also possible to skip common routes and advance other buddy routes to make subsequent playthroughs easier.

The combat system is a free movement, turn-based battle system. Players can increase their “insanity level” in order to access powerful techniques, but if they increase it too much, they will go insane, lose control, and fight against both friend and foe.

EGO represents the player’s values relating to desire: pride, wrath, envy, lust, gluttony, and sloth. The EGO changes depending on the choices the player makes, and it also affects the demons that can be used as the player’s “underlings.”

The appearance of these demons, as well as their voice, can be customized.

Comments from the development team, translated via Gematsu: