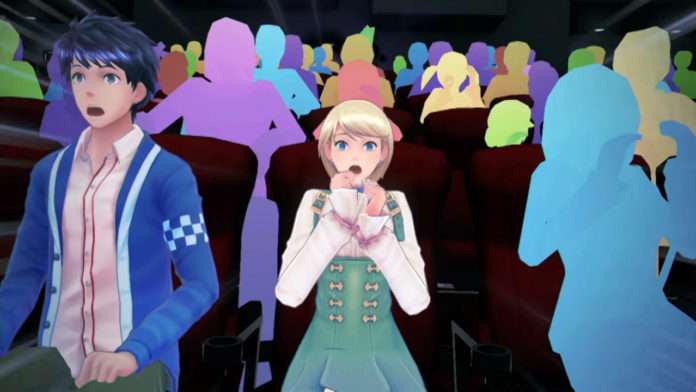 Last week, Weekly Famitsu issue #1405 had a Genei Ibun Roku #FE feature about the game’s side characters and side stories, and Serenes Forest has translated more of the details from that feature.

Like many other RPGs, the game is divided into the main story and side stories.

In the main story, the world is attacked by Mirages–beings from another world known as the Idolasphere. Itsuki and his friends–“Mirage Masters” from the same entertainment company–join forces with friendly Mirages to repel the Idolasphere’s mysterious invasion.

Meanwhile, the side stories focus on Itsuki’s friends and their daily lives as entertainers. Each has their own struggles and dreams and it’s up to Itsuki to help them out. As they improve as entertainers and enhance their “Performa”, their ability in battle will increase.

Basics of Side Stories

During battles, if you trigger a Session Attack (a chain attack) with an artist (a playable character), eventually the artist’s “Stage Rank” will increase.

As the character’s Stage Rank increases, they will be faced with a wall that needs surmounting–and thus a side story is born. Each side story is a quest that players can attempt at any time.

From the looks of things, side stories are triggered via the Topics menu, where the characters communicate with each other via text message.

By completing side stories, our heroes’ source of energy “Performa” will shine greater than ever, unlocking new abilities in battle and improving their prowess in battles.

Example of Side Story

One such side story is “Princess of Horror“, involving Eleanora. Poor Eleanora has been cast for a horror play at school, but she’s terrified of all things creepy and requests Itsuki to help her overcome her fear.

To begin with, Eleanora and Itsuki both arrange for a date at a cinema to watch a horror movie together. It seems Eleanora is trying to use horror movies to get over her fear.

However that idea doesn’t seem to work, so Eleanora returns to the drawing board. Eventually, the pair decide to go hunting for ghoulish-looking monsters in the Idolasphere. After besting the fiends, Eleanora discovers a new Performa.

Having bravely triumphed her fear, Eleanora rewrites the horror play to become “Horror Hunter”, a story about a high school girl who vanquishes evil. Hmm, that sounds oddly familiar…

In the case of Tsubasa, her side stories revolve around her life as a newcomer idol, where she has to undertake hand-shaking events, commercial shoots and solo concerts.

For Kiria, her side stories depict her as a popular musician with a “secret she can’t tell anyone”.

That’s all for the side stories for now; back onto the main story. In addition to the Idolasphere’s invasion, Itsuki and his companions face another “battlefield” in the form of the entertainment industry.

“Tiki is my Waifu”
A high school girl known as “Tiki is my waifu” who creates music with synthesised voice software. Her love for Tiki transcends gender and all logic.

Ayaha Oribe
Tsubasa’s elder sister, a renowned and talented former idol. She now works as a secretary at Fortuna Entertainment and provides assistance to Itsuki and the others.

Kuen Tarachino
An exceptional drama director with a peculiar fashion sense. He’s strict on himself and others, causing his production staff to fear him. Currently disdains the entertainment and TV industry.

Yatsufusa Hatanaka
An ace producer said to be the cornerstone of any successful production. Having lost his way in the Idolasphere once, he keeps a watchful eye for Mirage incidents.

Riku Suzumoto
A young lad who watches hero shows at the top floor of the department store. After meeting Toma, his feelings of despair towards the world gradually change.

Teru Gojouin
A comedian who presents Tsubasa’s idol audition show. Although he acts like a cheerful clown, he’s a serious and cowardly man.

Chouten Sawafuji
A genius musician with the nickname “man with a million promises”. Also composed music for idols who died sudden and mysterious deaths and currently composing music for Tsubasa…

Nobu Horinozawa
A popular cameraman who’s able to capture the purest beauty of any woman. His debut piece of Maiko during her gravure idol days instantly propelled him to the top of the industry.

Mahiro Tsurumi
The new president of Diver TV. Because he came from a political background, few know of him. Has an air of authority belonging to those that have experienced many hardships.