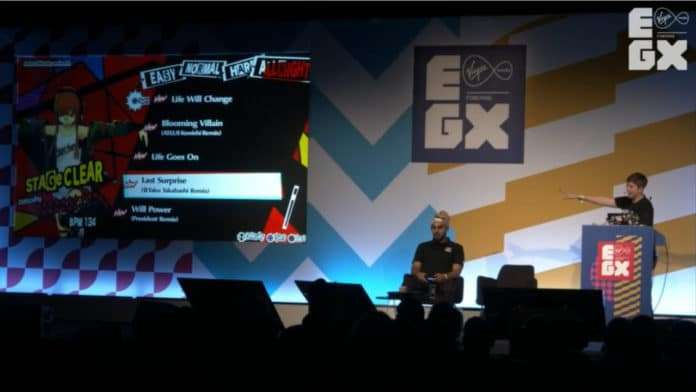 At the ongoing UK video game event EGX 2018, Sega/Atlus had a panel earlier today, which showed off more English gameplay footage for Persona 5: Dancing in Starlight.

Alongside the P5D gameplay was a slide which brought new information on the Western release for Catherine: Full Body, notably that it will have both English and Japanese audio, along with English, French, Italian, German, and Spanish subtitles.

Persona 3: Dancing in Moonlight and Persona 5: Dancing in Starlight was released for the PS4 and PS Vita on May 24, 2018 in Japan. They were released for both platforms in Traditional Chinese on September 20, 2018, and will be released on December 4, 2018 in North America and Europe.