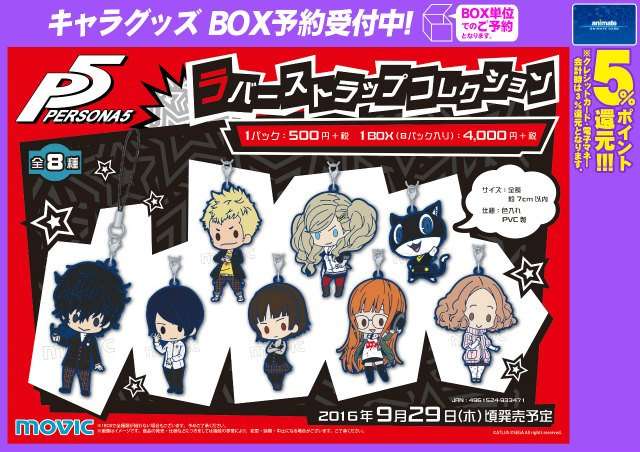 Retailer Animate in Japan has announced new Persona 5 merchandise, produced by Movic, they will be selling in the coming weeks. 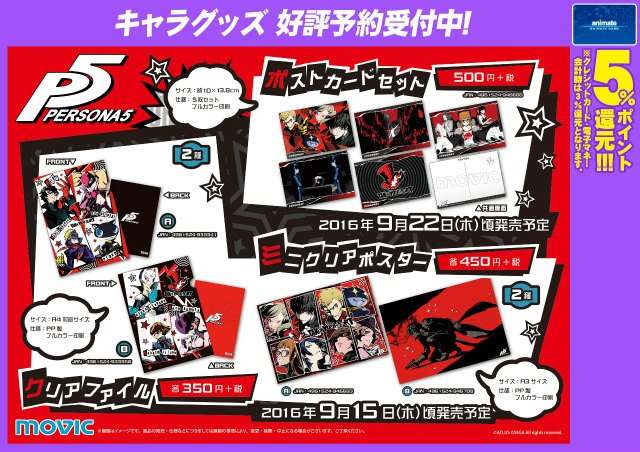 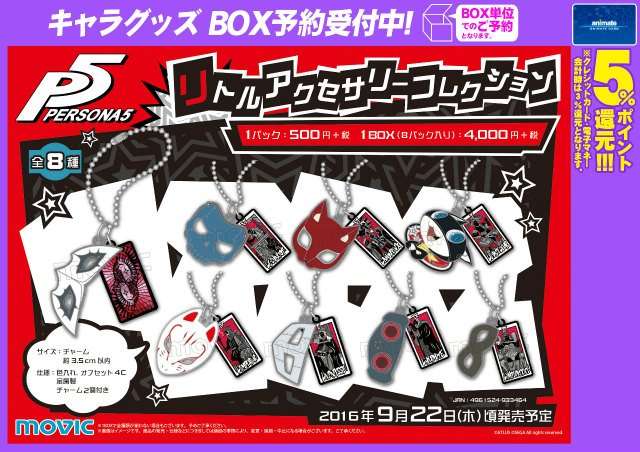 Previously, other Persona 5 themed merchandise was announced by Animate for release: a hoodie, bag charms and an acrylic key chain: 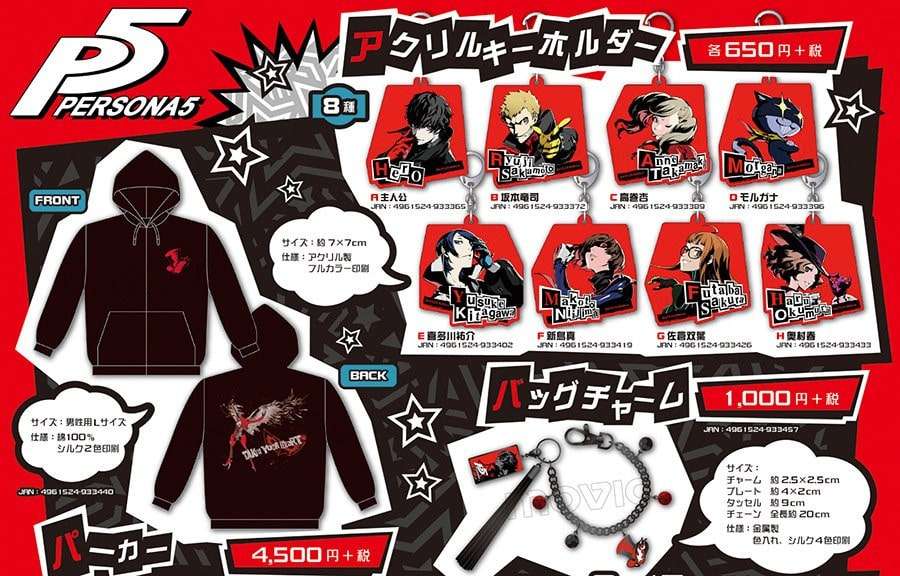 You can find this merchandise on the official Movic website, with the newly announced merchandise to be added there in the coming days.