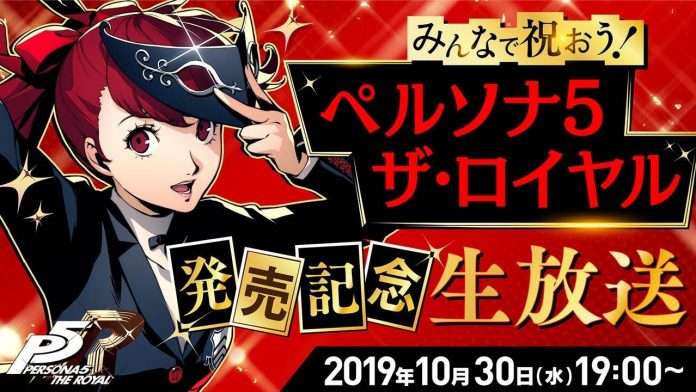 As previously announced, Atlus will be holding a Persona 5 Royal live stream on October 30, 2019 to celebrate the launch of the game.

New details for this Persona 5 Royal celebration broadcast have been released, along with the YouTube Live page for the stream.

A variety of content will be shown, including live gameplay, a talk show, and a live performance by the vocalist Lyn.