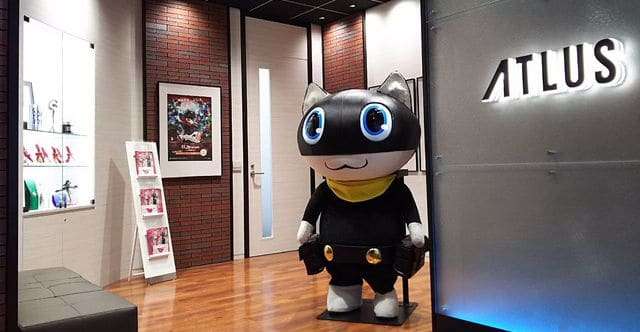 An interview has recently been conducted with three new Atlus employees for 2019, discussing their work and their goals for prospective graduates thinking to work at Atlus in Japan.

Previous interviews for new graduates that were conducted:

With a deep commitment for games, these Atlus creators have passionate minds! 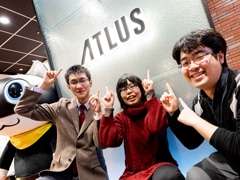 Seeking charm and possibilities which only Atlus can provide.

With planners, programmers, and designers, creators from various fields are active in the company. We asked three young employees who joined the company to talk about their motivation for joining, their future goals, and so forth.

The planner is a director of a game who primarily thinks about enhancing the player’s experience. (KY) 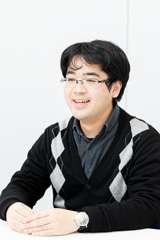 I like creative activities. I’ve written novels since I was a high school student, and applied for competitions. Aside from that, I also like games, so I decided to find a job in the games industry. Since there are many unique works and that it’s very attractive from a creative point of view, I was very happy when they decided to hire me as a planner.

The first production company is responsible for developing the Shin Megami Tensei and Etrian Odyssey series, among others. As a system planner for the event team, I work on drafting game rules, deciding on the dialogue to introduce them, and adjusting the balance around the numerical values, among other things. For example, when a character speaks, I determine how many frames is suitable for the motion to stop for during a scene.

It is important to create a path where the game can proceed smoothly, but at first I was worried because I couldn’t parse my own thoughts. As I exchanged opinions with my seniors, however, I realized that it’s not simply about the developer’s perspective, but the player’s is essential for the planner. The role of the system planner is to build the whole game thinking, “How could the player be pleased?” It’s not just about the developer, but it’s necessary to design systems to increase player satisfaction. Since realizing this, I’ve been taking advantage of my experience playing games. Past gaming experience doesn’t just end with playing, but it can also be used as a hint for work. That’s what’s interesting about being a planner.

Right after joining the company, the planner job is divided into a scenario planner that creates the worldview of the game and a system planner which builds the mechanics for the actual gameplay. However, there is no clear distinction in the actual work, and there are a lot of opportunities to do both. Recently, I have also been involved in scenario-related work. Because they each have an environment where one can develop one’s talent, I feel that all of the seniors excel in their chosen field.

We do not distinguish between newcomers and veterans. That’s one of the things that is attractive [to Atlus], and we’re asked to do the same job as seniors when we join the company. Although it’s not easy, I feel that motivation increases accordingly, and that opportunities for growth are plentiful. In the future, I aim to be a planner who can create scenarios and build systems equally.

What is sought is a valuable opinion. Programming is not the programmer’s only job. (TO) 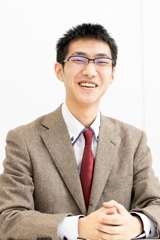 As a junior high school student, I became familiar with our company with “Persona 3” and became a core fan. At my vocational school, I mainly learned programming to acquire basic knowledge and skills related to game development. However, my job hunting didn’t go as I expected it. The reason for this was because I was too honest about what I was thinking and criticized the games the companies made as a result. The last company I tried was ours. Because I was not confident, I was happy when I got a message of acceptance.

After joining the company, I was brought to the second production which mainly handles the “Persona” series. As a programmer, I was responsible for tool creation and the user interface. In my case, in addition to the programmer jobs, I often asked for opinions on games from my seniors. At one time, during the development of “Persona Q2,” I discovered an unexpected gameplay pattern to a map and I was able to change it. It was a moment where I thought that I was able to make a contribution to the company for the first time.

As you can see from this, programmers are not only involved in programming. Looking at the game with the eyes of a programmer, and seeing parts that others may not notice is part of it. I think that it’s characteristic of our company that we are asked for such awareness and discoveries. Everyone can freely express their opinions, regardless of their field or project, and it is an environment where you can actively exchange ideas across jobs. Even if someone who just joined the company speaks out, if it’s a reasonable opinion that makes sense, it will be evaluated appropriately and no one will be displeased. This is a corporate culture I had heard about before joining the company, and it turned out to be more than I imagined.

Thinking about my past work, I have also changed. Initially, I would ask superiors as soon as there was something I could not understand, but at one point I was told that, “It’s too early to determine your own limits to resign to listening to others.” Since then, I have been actively investigating everything myself.

In addition to speaking freely, I want to become an influential individual. If someone has experience or credibility, the worth of their remarks will change dramatically. It is my goal that anyone in my surroundings will think that ‘this person’s comments are worth considering.’

You learn a lot from professional seniors in this cozy atmosphere. (NS) 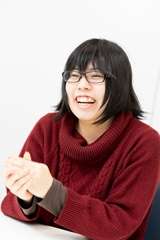 I studied animation at university and I also made them myself. Thinking of the future, I decided that I would want to work in the games industry. Being anxious, it was our company who reached out to me with a parental kindness. Not only did they listen to me in a friendly way, but I was told that the animation skills I acquired in university could be used for game effects.

I was first assigned to the third production, which is developing new IP. The work here is uniquely interesting. What was impressive was that new graduate employees gathered and decided to make a new board game. The aim of this was to get hints for developing new games. At the time, thinking only of having fun, I made a game without even considering this.

When I joined the company, I was thinking that since we were at the final stages of “Catherine: Full Body,” I would definitely be entrusted with simple chores and motion related work. However, I was surprised when my boss told me to “Submit a box art design proposal for this game.” This is a big job that is not normally left to newcomers. In addition to that, some backgrounds, accessory designs, etc. were also delegated to me.

Indeed, at our company, both newcomers and veterans work on the same playing field. As expected, I was not on the same level as my seniors, but I was happy to be treated the same way from the beginning since I joined the company. I am happy to go to the office every day. Even now that it’s been a year, that feeling has not changed at all. It is the greatest pleasure of a designer to make their own designs and incorporate them into the game. By the way, I was responsible for designing the “Nero Glass” downloadable content for “Catherine: Full Body” along with two other newcomers.

Third production is rather small with few people, so the employees are very close. Even after work, we play board games together. On the other hand, all of the seniors are professional enough to act as our superiors. It’s very appealing to learn directly from these people and be inspired by them.

Since I am still studying game effects, I’d like to work on it seriously. I hope to take advantage of my animation knowledge and create amazing effects for players.