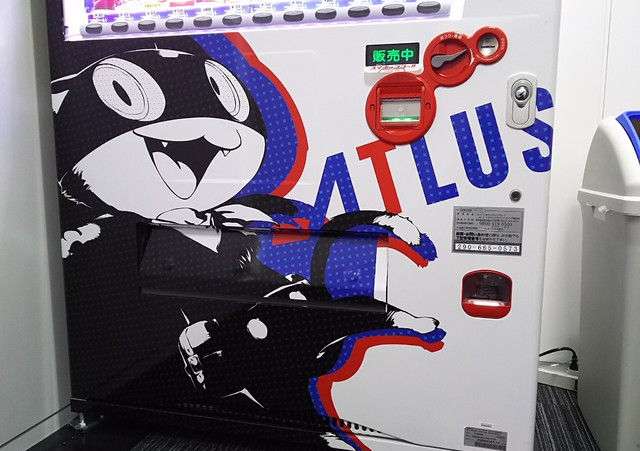 An interview has recently been conducted with three new Atlus employees hired in 2020, discussing their work and their goals for prospective graduates thinking to work at Atlus in Japan.

Previous interviews for new graduates that were conducted:

A deep love and passion for games is a common mindset among Atlus creators. 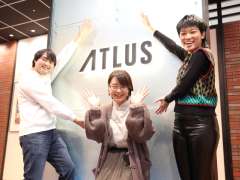 What kind of activities are creators doing in their first year with the company?

We asked three of our peers—a designer, a programmer, and a planner—who joined us in 2020, to talk about their jobs at Atlus.

By continuing to display what you want to achieve, you will have opportunities to challenge yourself. (U.R.)

Even before I entered university, I had been working toward the goal of working at a game company. As I researched the industry, I came to realize that I wanted to work for a company where I could be independent and be entrusted with a variety of tasks, rather than at a company with an established division of labor where I would be tasked with a specific job. I loved “Catherine” and “Persona 5”, so I decided to work for Atlus out of all the game companies.

I was assigned to the character modeling team for the third production company, which mainly develops new IPs, and I was in charge of skinning character models, along with designing and modeling small items that appear in event scenes. What surprised me was that I was assigned to create two important items that appear in the main scenario right after I was assigned to the team. I was thrilled that they would allow a first year graduate to take on the challenge of designing such an important item, but at the same time, I felt a lot of pressure to make sure that I could do it properly, since I was not yet proficient in using the development software. At that time, I was told that I needed to brush up my skills, but I was very happy that one of my designs was accepted.

I feel the importance of proactively promoting what I want to do. Since the interview, I’ve continued telling them that I want to be in charge of the entire process, from design to modeling, and I was able to take on such a job. Of course, it doesn’t happen immediately after you make a request, and whether or not you get the chance depends on the timing. But if you don’t let people know that you want to do it, you won’t get that chance, and that will affect your career in the future. One of Atlus’ themes is “challenge,” and the company provides a variety of jobs and opportunities for newcomers. I’m now focusing on improving my work efficiency and increasing the speed at which I work so that I can have more opportunities to challenge myself in the future.

I like Atlus’ unique and interesting designs as opposed to more traditional designs. This is especially true for the creatures in the project I’m working on now, and there is a lot of momentum at the company to create new things, such as a more picturesque approach to graphics. I would like to be involved in works where I can help create unique, interesting, and attractive segments.

To create something where users feel “comfortable” while playing. (W.T.)

I went to a vocational school because I loved games so much that I wanted to be a part of making them. When I was looking for a job, I wanted to work for a company that wasn’t only involved in development, but also in in-house promotion and IP development. When I played Atlus’ “Persona 5,” I was impressed by the various places where the skills of the programmers were fully utilized, and its careful attention to detail.

I work in the UI (user interface) team of the third production department, in charge of programming and other areas that pertain to users playing and that other developers can use for develop-ment. Unlike when I was a student, making games by myself, I felt that I needed to get used to working with a team in the field. This is because, in a team, there are many times where you have to take over what other people have created. Programs have their own rules and coding styles, so I thought it was necessary to be flexible and change the way I was used to, to the company’s rules.

As this is my first year with the company, I have yet to have users play the games that I have been involved with. However, I have had experiences where I was very pleased with what I created for the developers. When I finished programming a project, I personally thought, “I would like to have a debug function to test if there are any issues here,” and when I suggested it to my senior, he said, “Well, go ahead and make it.” I was given the task of creating it, and when the senior staff member who actually used it said, “It was very helpful,” it was a moment where I felt my work had been recognized.

As a programmer who is in charge of UI, I believe that we should not keep our doubts to ourselves. For example, if you find yourself thinking, “Why does this part behave this way?” or, “Something doesn’t seem right.” It’s important to share that sense of discomfort with the team and consider it. If users have questions about the parts of the game that they experience, they won’t be able to focus on the part of the game that they want to see the most. Atlus games are still very well made, but I would like to use my skills to further improve their presentation, and make the games more pleasant to experience. Above all, I want to create something that users will feel good about getting their hands on. That’s what I’m working hard to achieve right now.

The planner has to have a sense of responsibility for brining the game to the world, and the priority is to be sincere to the users.. (S.H.)

When I was a student, I was a member of a theater club, and I was initially looking for a job with other industries in mind. However, I thought about applying my passion as a creator directly to my work, and I began to strongly want to be part of the game industry. Particularly, when I was a teenager, I played “Shin Megami Tensei III” and “Persona 3,” and I was greatly influenced by their worldview. That’s why I decided to join Atlus.

Our company’s planners are divided into system planners and scenario planners, but I wanted to be a scenario planner form the start, so after joining the company, I was assigned to the 1st Production, which develops games such as “Shin Megami Tensei” and “Etrian Odyssey.” Since 1st Production is responsible for Atlus’ traditional works, many of the senior staff are veterans, and I feel that they have a hard-working style.

Before I joined the company, I had this image that there were many people who were very meticulous and had strong craftmanship, but in the actual workplace, words like “this will benefit the users” and “this is not interesting for the users” were discussed, and things were always considered from the users’ perspective. I learned that the reason why Atlus products are so intersting is that they have a user-first mindset, while maintaining a sense of commitment.

I’ve been asked to write some of the scenarios for so-called “sub-stories.” It hasn’t been released yet, but I’m very happy to see the text I wrote actually appear in the game. Since I was given the opportunity to be in charge of an entire part of the game, I was able to build up the atmosphere of that part and the intention of what I wanted to convey, which is very rewarding. I am motivated to work hard, because I know that the day will come when this game will be released to the world and users will be happy with it.

I would like to be involved in all areas of game creation, not only the scenario, but also the visuals and the systems. In order for me to do so, I need to have expertise in each of these areas. I came into this world as a novice when it came to game development, so I’m still struggling in some areas and learning every day. However, what’s most important is a sense of responsibility for releasing the game as a product, and being sincere towards the users. As a planner, I believe that I must not lose that.