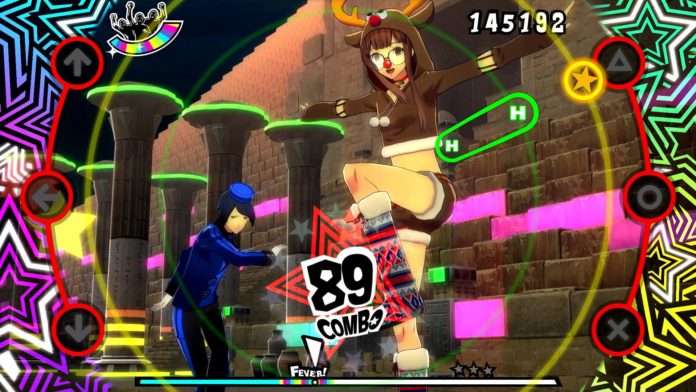 Sega and Atlus have announced their plans for E3 2018, which include the announcement of two new Atlus games this week, as well as a new trailer to be shown at the event next week.

Among the playable titles at the Sega / Atlus booth at the Los Angeles Convention Center, at West Hall booth #5222, will be two Atlus games that will be announced tomorrow.

SEGA is bringing a punch-packing playable line-up to this year’s show, where many landmark titles will have their first Western hands-on demos ahead of their upcoming worldwide releases, including a duo of new ATLUS titles being announced on June 7.

The current list of playable titles at the booth consists of the following Sega games:

Atlus has announced that there will be new Catherine: Full Body footage on the show floor, following the game’s localization announcement last December.

Finally, it’s been a while, but ATLUS will finally be debuting some new footage of Catherine: Full Body as part of a new trailer being shown on the showfloor. A seductive and mature romantic action-adventure puzzle game from the makers of the Persona series. Catherine Full Body will include a new love interest, “Rin,” with distinct storyline elements for the character, and additional puzzle content. Vincent’s love life has never been so complicated and dramatic!

The  game is slated for a Winter 2018 release for the PS4 and PS Vita in Japan.

Fret not if you can’t attend the show, because we will bring the show to you! We’ll be streaming throughout E3 on Twitch, YouTube and Facebook, featuring exclusive content and interviews with the producers behind our diverse line-up. For those in attendance, there will be many more surprises on the booth courtesy of some SEGA and ATLUS themed giveaways, including swag from titles like Team Sonic Racing, Yakuza Kiwami 2 and Valkyria Chronicles 4. Follow us on our channels during E3 for more details about these streams and giveaways.

The live stream will be available at twitch.tv/twitch. 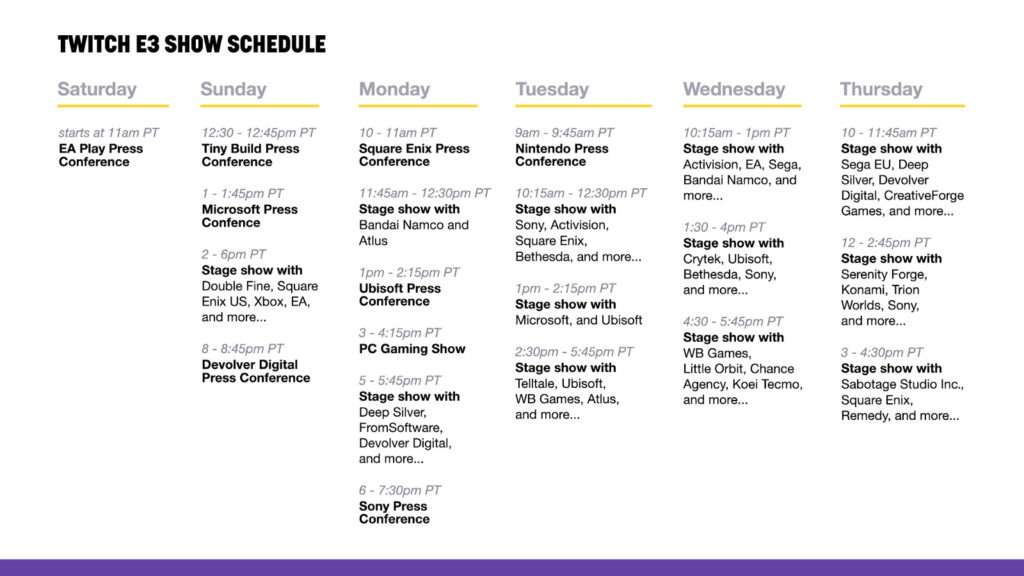 “With Atlus approaching its 5th anniversary as part of the Sega family, we’re delighted to finally have one unified stand at one of the most important gaming events of the year. We’re very excited to be showing the first romanticised Historical title in the Total War series alongside Team Sonic Racing on the very same booth as some of the most awaited western releases of Japanese titles. I have no doubt that everyone will find something to their taste on the Sega / Atlus booth this year.”

Naoto Hiraoka, President and CEO of Atlus U.S.A., Inc. and Senior Vice President of Publishing for Sega of America, Inc

“During the past year, we’ve seen a strong response from fans to key western releases in the Yakuza series and have heard their voices for more Valkyria Chronicles. As part of the wealth of IP owned by Sega, it is our pleasure to bring Yakuza: Kiwami 2 and Valkyria Chronicles 4 to fans at the show. This E3 also represents an important moment for Atlus as it nears its fifth year with Sega, and as part of that, we will have something to announce very soon for the west.”

The annual Electronic Entertainment Expo, one of the biggest regular video game trade shows, will take place this year from June 12-14, 2018.