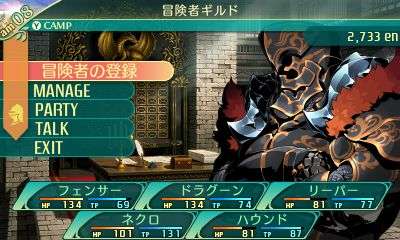 Via 4Gamer, Atlus has sent out a press release about the previously detailed race and class skills in Etrian Odyssey V: The End of the Long Myth, along with new screenshots and complete character artwork.

The Earthrun race represents humans. They are the most prosperous race, and they live in a variety of regions throughout the game’s world, Arcadia. They have the most classes available to them, with the Fencer, Dragoon, Cestus and Reaper classes. 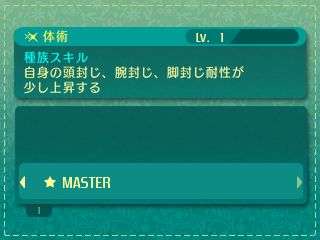 The Lunaira race represents elves and they are the most intelligent of the races. They mainly live in the Sidonia region where they research magic, and they are very proficient in using it. 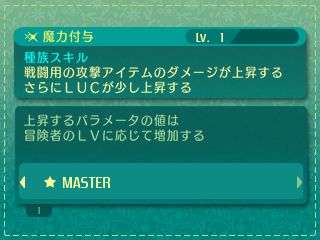 Therians are the beast race, who are said to be descendants of actual beasts. They live within deep forests or mountain ridges. They excel in power and agility. 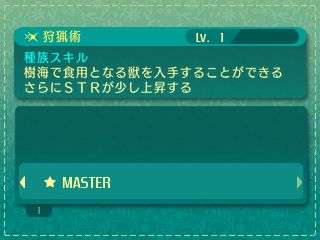 Hunting Technique permitted the party to find a bird for valuable food during dungeon exploration.

The Bronie race represents dwarves. They live on vast grasslands, and their talent lies in their knowledge of nature and the use of medicines. 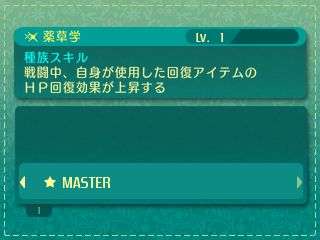 Union Skills are unique skills where multiple characters synchronize to use powerful abilities for specific tactical situations. Players need to fill up the “Union Gauge” completely to call upon these skills, and doing so can be done in different ways such as winning battles.

One Union Skill is Tri Shield. This will nullify up to three enemy attacks during the turn it is used.

Fencers have fast movement to avoid enemy attacks while linking attacks with their allies. They have Chain element skills, which—if an ally attacks with a specific element—will allow the Fencer to perform additional attacks.

A dragon knight clad in hard armor with high defense. Dragoons use guns as their primary weapon, with the ability to shoot after blocking.

Warlocks are magicians who attack using the elements. They are able to fight several different kinds of enemies due to their versatility. 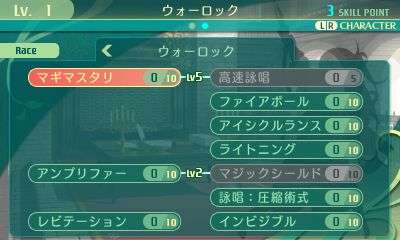 Masurao are warriors who use sharp swords and specialize in attacking at the front line in a party. When they become masters, they are able to wield four swords simultaneously.

Herbalists specialize in healing abilities using different kinds of herbs. They can also use herbs to attack using poison. They excel when placed at the rear row in a party for support.

The Adventurer’s Guild is where adventurers who represent the player’s alter ego are represented. New adventurers are registered here, organized and their appearances can be customized.

With the aim of reaching the summit of Yggdrasil…!