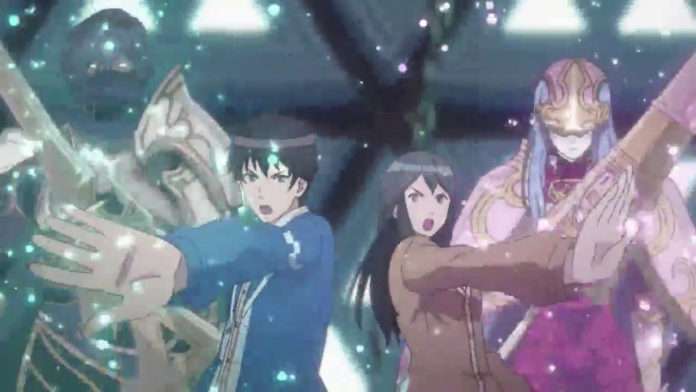 During the previously announced Nintendo Direct for November 2015, new gameplay footage for Genei Ibun Roku #FE was shown in its own segment.

By exploiting enemy weaknesses using certain skills, different allies have corresponding “Session Skills” the they follow-up with, and this is something to be conscious of when planning out one’s strategy for a fight.

Experience points obtained in battle are not only used for the growth of characters, but also for Mirages to learn new skills.

It is possible to use material acquired in dungeons or earned in battle to transform weapons. Skills that are available can differ depending on the weapons equipped, so the choice is dependent on the player’s preferred fighting style.

When side stories for characters are completed, their Mirages will be able to change into a different class, similar to the Fire Emblem series. The example shown in the Nintendo Direct footage is Tsubasa’s Mirage, Caeda, changing from a Pegasus Knight to a Falcon Knight (also with the option to become a Wyvern Rider).

Additionally, a Nintendo X Joysound collaboration has been announced featuring Genei Ibun Roku #FE for the Wii U JOYSOUND software in Japan, featuring three of the character songs from the game. They will start being distributed on December 1, 2015.