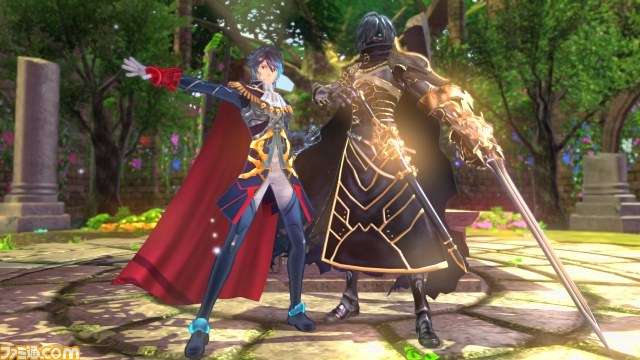 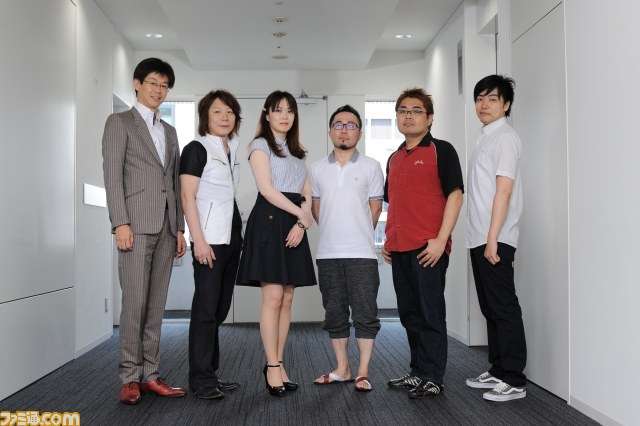 From left to right, those involved in the developer interview are the following:

Some of the information from the interview:

Takada: “New songs won’t just be seen in the main story. Each character has a side story, and if you help the character achieve their goal, there are rewards such as additional movies and songs, or new abilities and moves in battle.”

Hirata: “The experience gained in battle will be shared among party members, with a variety of options to choose how they improve as they level up.” 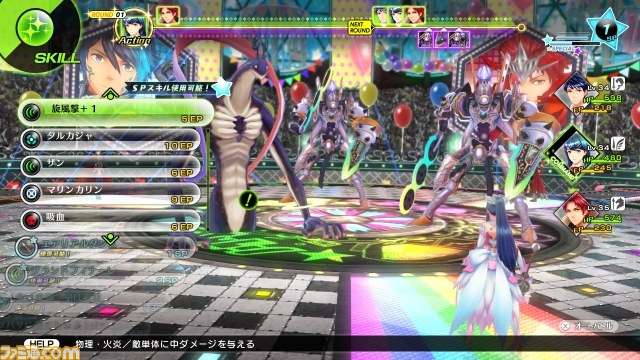 The Mirage characters, based on Fire Emblem: Shadow Dragon and the Blade of Light and Fire Emblem: Awakening, are purposefully designed to be differentiated from toi8’s human characters to give the impression that they are from a different world.

Specializing in combat, Mirages are made to give a “machine-like” impression. Tiki is the only one who gives a more humanlike impression, and there are reasons for this.

The game’s world uses pop colors to represent the entertainment industry concept. Using youthful colors such as lime green in the design, sparkle effects and ripples are meant to show that it is a  “colorful world.”

This changes when it comes to dungeon design and locations which have more of a fantasy element to them, evoking mystery where fantasy and reality are intermingled. Because Mirages have been robbed of their “power of expression,” the dungeons also embody this.

A variety of different locations will be seen through the dungeons such as movie sets, but they are not necessarily tied to the physical real world. The dungeons will have a bunch of different gimmicks and puzzles to them.

The game has primarily been shown to be set in Shibuya, but it was revealed that the game will also take place in Harajuku. Genei Ibun Roku #FE will also feature other locations, which hints of can be seen in the second promotional video for the game.

Some of the functions of the Wii U GamePad for #FE resemble the popular Japanese communication app LINE. The GamePad will display the game’s map and various options, along with something called “The Topic.”

“The Topic” is a pseudo-chat tool that the characters use, as the game progresses, to send messages to each other. The personality of each character is represented with how they chat.

The staff members responsible for the game’s art include:

The staff members responsible for the game’s music include:

The staff responsible for the game’s anime scenes:

Meaning Behind the Title “#FE”

As previously stated, the notation “#” in “#FE” comes from the music symbol “sharp.” Signifying a semitone high note, this is intended to symbolize how Genei Ibun Roku is more than a simple collaboration project, and that it will be reaching greater heights.

The game’s logo is inclined obliquely, which is intended to show how the game will show the Fire Emblem series from a different angle.

The renowned Atlus RPG aspect of taking advantage of an enemy’s weakness is combined with the “Weapon Triangle” system from Fire Emblem. Different difficulty settings are available, so those who might not be familiar with previous Atlus games will still be able to enjoy their first one with #FE. 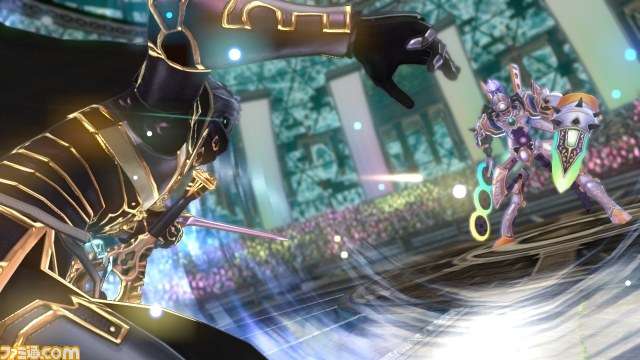 During combat, the main party members will assume their combat suit, called “Carnage form,” by merging with their Mirage partners.

One of the defining aspects of Genei Ibun Roku #FE will be the live performances by the characters during certain points of the game. Making full use of motion capture, Anima handles the 3D animation. Combined with the music and choreography of Avex Group makes the whole thing truly shine.

Genei Ibun Roku #FE (translated as Illusory Revelations #FE) will be released in Winter 2015 in Japan for the Wii U. The game has been announced for a North American release in 2016.