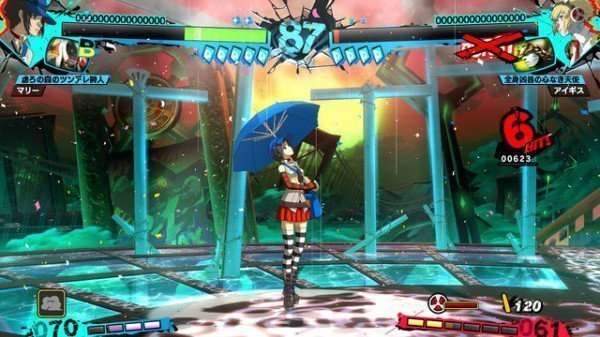 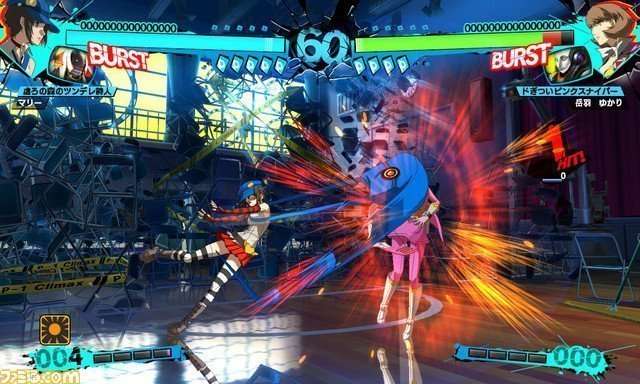 The new screenshots show off more of Marie’s attacks and abilities, such as how she uses her bag to attack and an attack summoning arrows from her Persona, Kaguya. 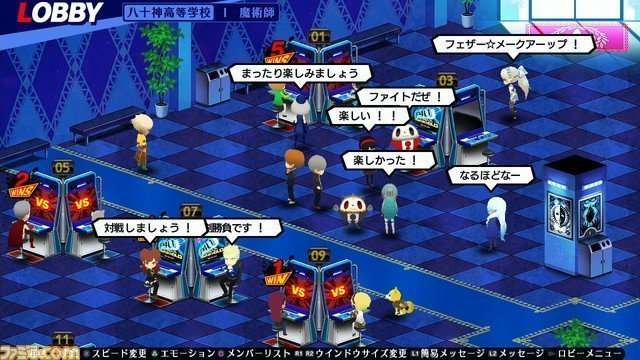 Additionally, there are new screenshots showing off the game’s Network mode and online lobby system, as well as the avatars—based on Persona Q‘s character models—that players will be able to use to communicate with others. 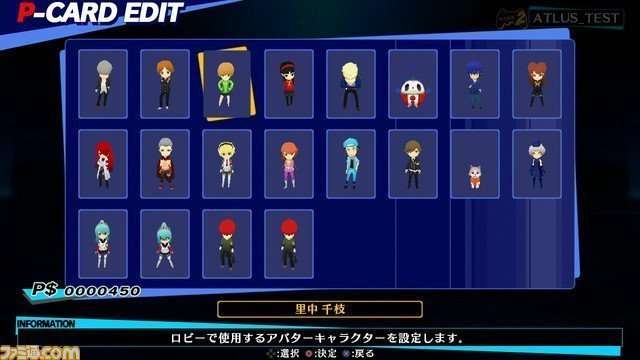 The Famitsu interview with P4AU director Kazuhisa Wada confirms that Rei and Zen from Persona Q will be available avatars for use in P4AU’s online lobbies. 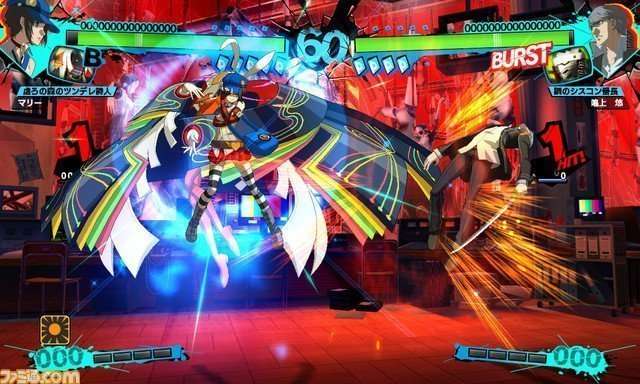 Furthermore, Wada states that despite the fact that P4AU’s story will take less time to complete than the first game’s—where each character had their own individual story chapter—it will be far more dense and feature more anime cutscenes.