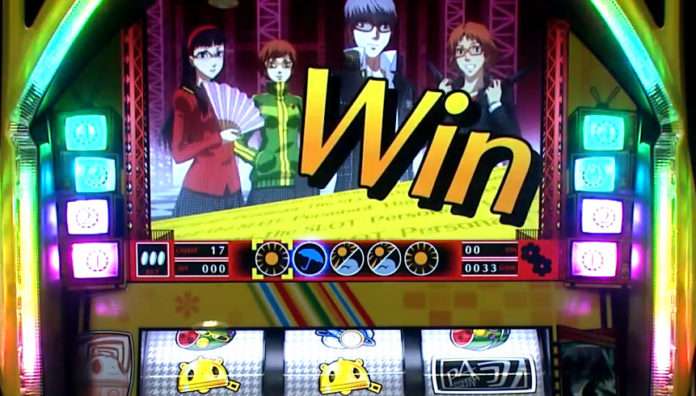 Following in the footsteps of the Persona 4: The Slot pachislot machine announced in August 2013, a new Persona 4 themed pachinko machine has been revealed for Japan.

Update (2015-03-08): The release date for the new Persona 4 pachinko machine has been reported to be September 28, 2015. Additional details can be found below, via Pachinko-Plus.

Dubbed “Persona 4 H” (ＣＲペルソナ４Ｈ), this new model of a Persona themed pachinko machine will most likely see an upcoming release in Japan sooner than later, with its model having recently been updated to official pachinko databases.

Japanese blog Hachima Kikou supposes that it will see a release this fall or winter.

Pachinko machines are popular games in the form of mechanical gambling devices in Japan. They resemble very elaborate pinball machines.

Below, is the promotional video for the Persona 4 THE SLOT pachislot machine which was released in Japan on October 7, 2013.