Following the previous sets of DLC costumes and personas for Persona 5, Atlus has announced two more costume DLC sets for the game.

Celebrating the fact that Persona 5 has shipped over 550k copies in Japan since its release two weeks ago, these sets will be distributed for free. 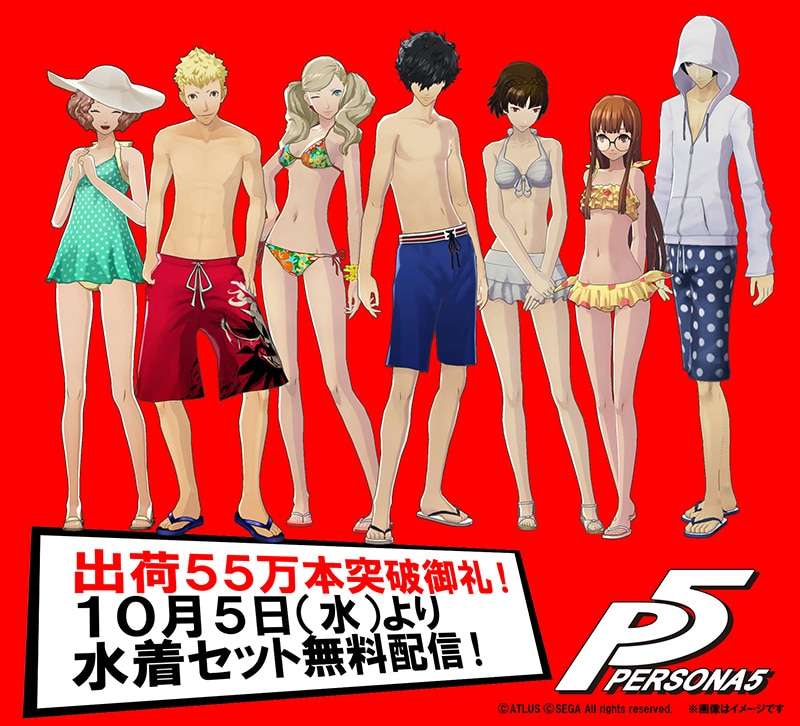 A set of swimsuit costumes to use within the Palace 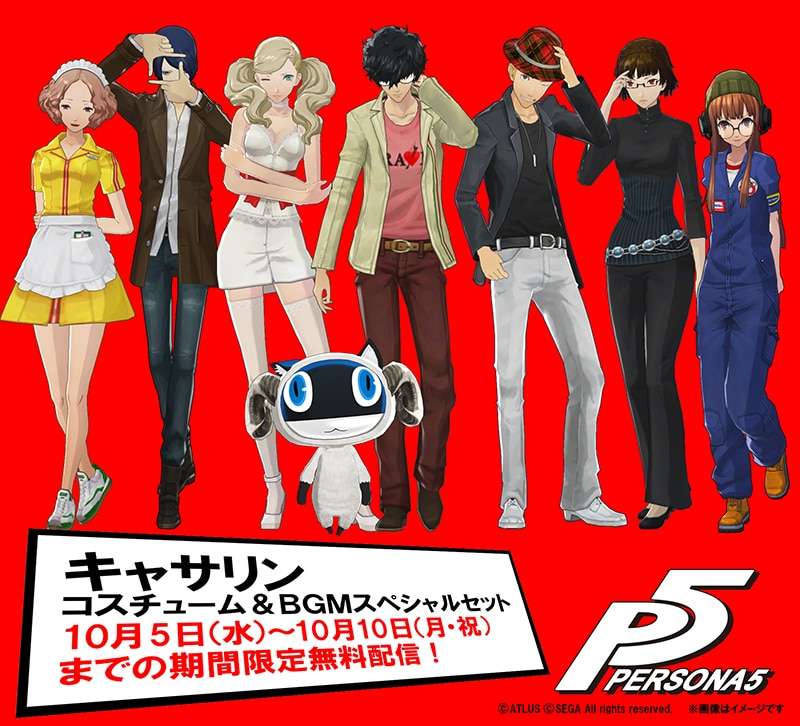 A set of costumes based on the game Catherine. This set also includes Battle BGM and Victory Jingle from Catherine, and a “Lamb Pillow” accessory.