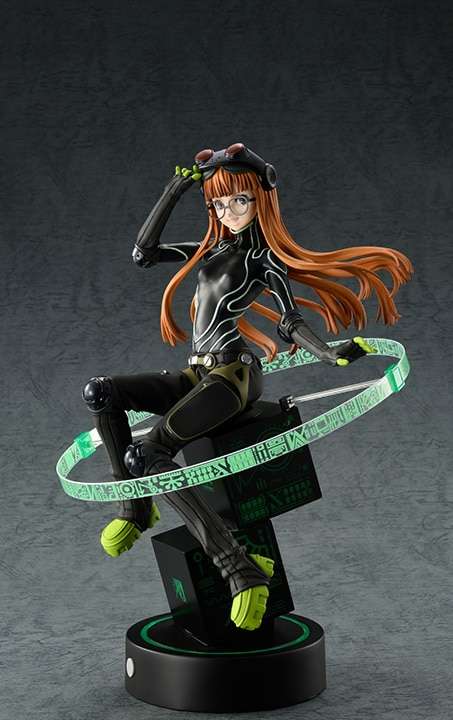 The upcoming Persona 5 figure for Futaba Sakura (Phantom Thief ver.) was previously exhibited at Mega Hobby EXPO 2017 Autumn last November, and new details and pictures have surfaced for it.

Created by AMAKUNI, the Futaba Sakura Phantom Thief figure has a pedestal representing her persona, Necronomicon.

Her glasses are removable, and her goggles are included as well.

For the limited edition of the release, a special LED mount is included with the pedestal, lighting up multiple patterns on Necronomicon.

The figure was supervised by the character designer Shigenori Soejima.

AMAKUNI is also producing a Makoto Niijima & Johanna figure, as well as a Tae Takemi one as well. Further information on those will be released at a later date.