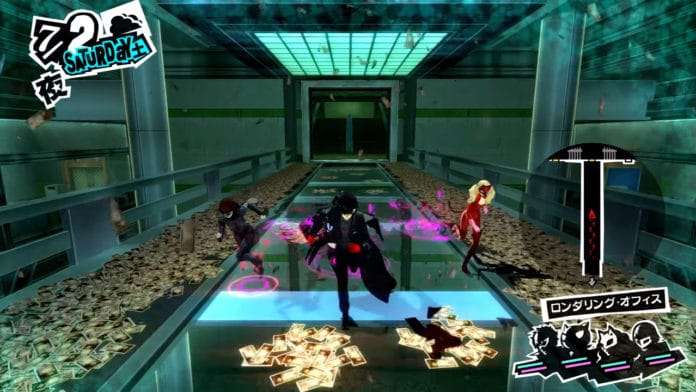 In addition to the recent Famitsu feature for Persona 5 which described new information on the game’s battle systems, new details on dungeon exploration from the issue of Dengeki PlayStation Vol. 617 have been translated by Domi on Tumblr.

[1] “Safe Room” that helps you to explore the dungeon with convenience!

Due to the mind-distorted owners, palaces are unstable and dangerous. However, there are places where are less distorted exist in palaces where we call it the “safe rooms”. Players are able to save game here at this hideout and consult with party members. You can even use the safe rooms as teleport points to move instantly between the real world and palaces.

‣ By consulting with party members, you’ll be able to get useful hints about the palace. Let’s exchange information in safe rooms!

‣ If you need to leave a palace halfway, you’ll be able to go back to any safe room you have visited anytime. Safe rooms are just like hideouts (bases) in palaces. 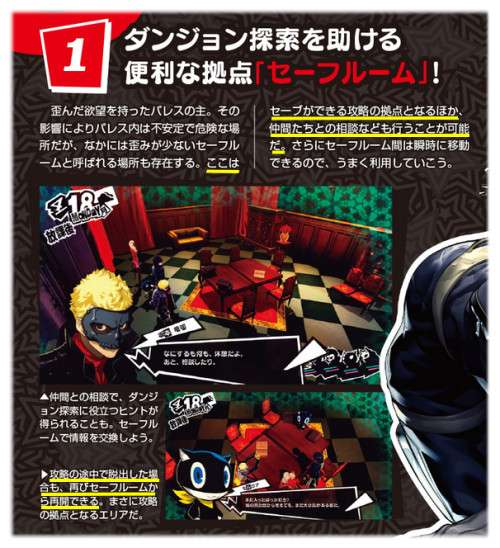 [2] You can change party members anytime!

In past persona games, you need to decide party members before going into dungeons. One thing what’s good about persona 5 is that you are able to change the members anytime in dungeons. Coordinate your party members according to enemies’ weaknesses to make better strategies for battles!

‣ Other than that, there are also supportive systems such as [assist] and [navi(navigation)]. These are all convenient functions designed for first-time persona players. 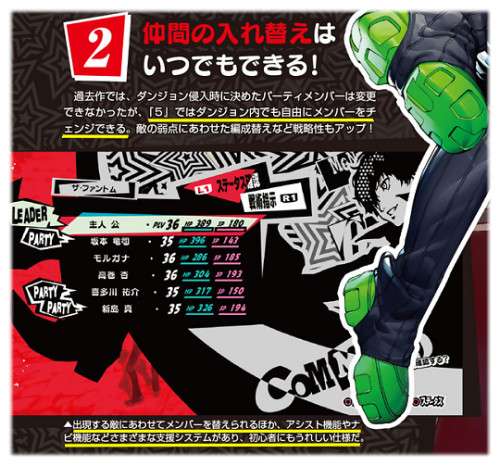 [3] There are many detailed player abilities too!

Not only do the p5 team cares about the vital elements in the system, there are also functions such as recovering full hp and moving with high speed with just one single button. These details were also made with their full hearts. Just relax and explore all you like!

‣ With many convenient hotkeys, it’s easy to speed up your explorations! Looks like you’ll be able to steal the treasures magnificently just like real phantom thieves. And of course, there are more functions for you to have a comfortable journey!

The game becomes even easier with Auto-recover and High speed dash… etc.

‣ One other handy function is that while approaching suspicious places in palaces, party members would be giving hints such as saying “there’s something around here” with voice!

Players are able to get a lot hints from party members while exploring! 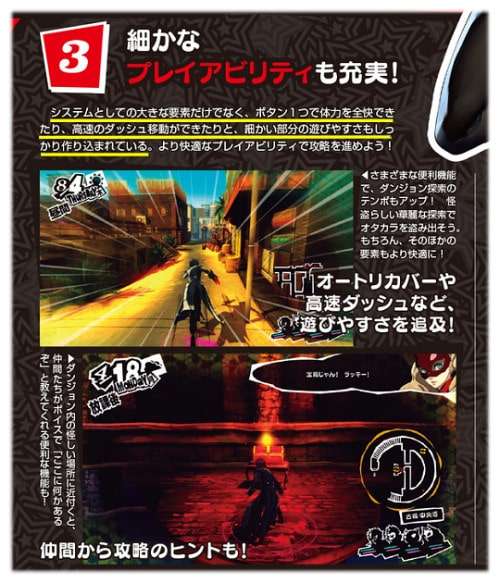 [4] Certainly, players are able to choose the difficulty of the game!

Once the game starts, you’ll be able to choose a difficulty. This doesn’t change anything regarding the story, just select a difficulty you’re comfortable with and enjoy the game. If you’re new to Persona series, it is recommended to play with [Safety] or [Easy] mode.

‣ In the screen, there are 4 difficulties for players to choose from. In addition, there was one more difficulty called [Maniac] (the most difficult mode) in previous persona games. How about in Persona 5?! 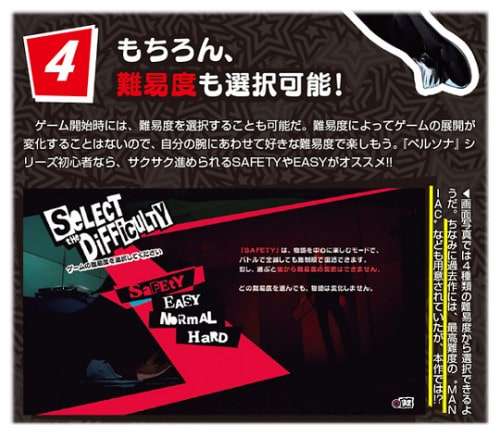