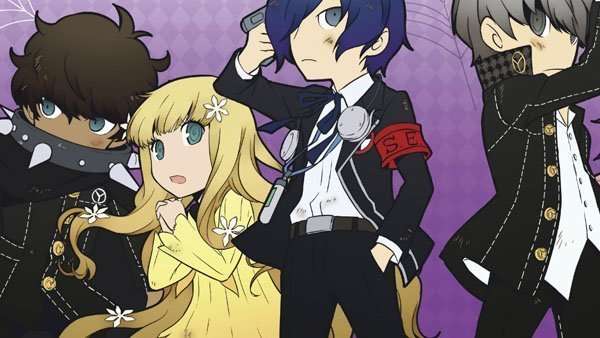 This week’s Famitsu issue includes several new details about Persona Q‘s gameplay systems, including information that Persona Q characters, aside from the main protagonists, will be able to use multiple personas.

In Persona Q: Shadow of the Labyrinth, players will be able to equip characters with different weapons and personas in order to defeat shadows using a battle system analogous to the Etrian Odyssey games.

In previous Persona games, hitting enemies in their weak spots would give players an extra turn. Doing so in Persona Q, however, will receive a “Boost”, a status which will give characters a preemptive turn as well as removing the SP cost the next time they use a skill. As mentioned previously, only the main characters in Persona 3 and Persona 4 could equip multiple personas, however now the other party members will be able to wield multiple personas by the name of “sub-Personas”, which will add to a character’s skillset compared to simply using their main Persona.

Just like Etrian Odyssey, a party can only consist of a maximum of five characters, choosing a formation based on a front and back row, and there are 20 characters to choose from in Persona Q. Depending on a team combination, special dialogue can occur in a party.