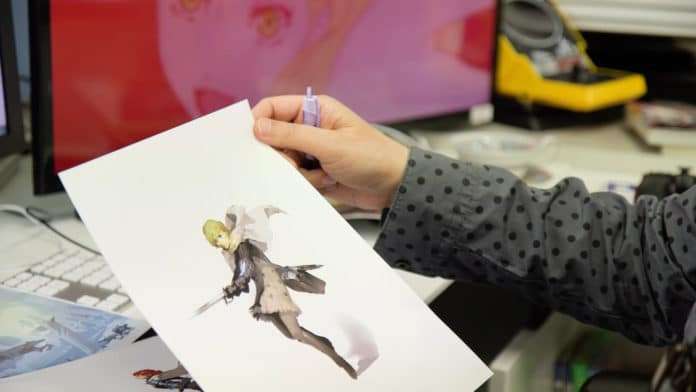 In the recently released Toco Toco TV episode 47—a YouTube channel which highlights Japanese creators of all kinds—Katsura Hashino was the featured creator.

In this episode, there is a segment where Hashino shows off four pieces of brand new concept art for Studio Zero’s brand new upcoming RPG, Project Re Fantasy: A Fool’s Journey Begins.

As with the previously released pieces of concept art, these are illustrated by Atlus’ Artwork Team’s own Shigenori Soejima.

A lengthy interview from director and producer Katsura Hashino about the scope and development of the game, along with the decisions behind its creation and genre, was released last month.

These are the previously released pieces of concept art released for Project Re Fantasy:

Additionally, there was a concept video—shot in France—released during the first live stream for the game: