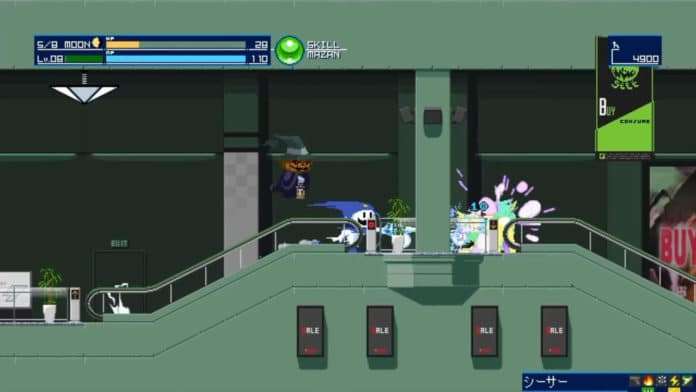 The trailer features a fake game reminiscent of Jack Bros., a Virtual Boy title released in 1995. Described as a “challenge to discover the mysteries of the Schwarzwelt,” “gameplay” shows Jack Frost and Pyro Jack traversing what appears to be a Metroidvania title with pixel art set in the Megami Tensei world.

That segment of the trailer ends with the statement that this Shin Megami Tensei: Deep Strange Journey is “a lie,” proceeding to show off the real upcoming game.