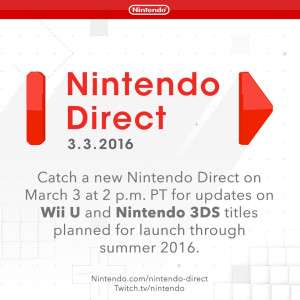 The Nintendo Direct will focus on Wii U and Nintendo 3DS titles slated to launch through summer 2016, with no updates on Nintendo’s upcoming NX platform or on mobile.

The following are the live video links for North America, Europe and Japan: