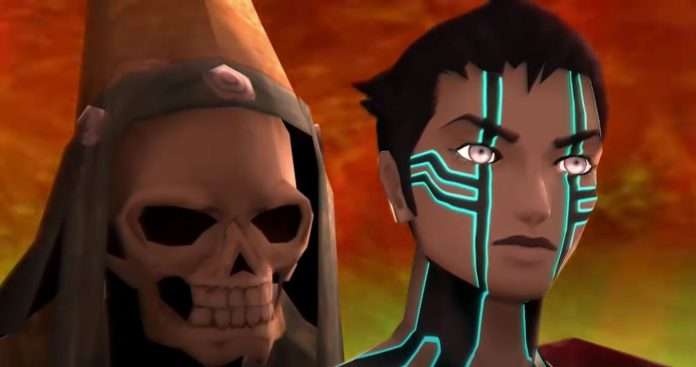 IRVINE, Calif. – April 20, 2021 – The latest Factions and Choices Trailer introduces Shin Megami Tensei® III Nocturne HD Remaster’s characters and the multiple paths they can follow in a post-apocalyptic Tokyo. Play as the Demi-fiend and align yourself with one path. Will you choose the Reason of Yosuga, the Reason of Shijima, or the Reason of Musubi?

The trailer release has coincided with a media preview embargo lifting:

Additionally, a PlayStation Blog post has been published, discussing the original inclusion of Devil May Cry’s Dante in the game, including a HD rendition of the “Featuring Dante” sticker.

Shin Megami Tensei III Nocturne HD Remaster Director Kazuyuki Yamai looks back on the original release and recalls, “The dev team initially thought it was a crazy idea to pursue a crossover across two different publishers. However, they were also captivated by the idea of the two characters’ encountering one another and their ensuing battle. So they brought the proposal to Capcom, and the rest is history!”