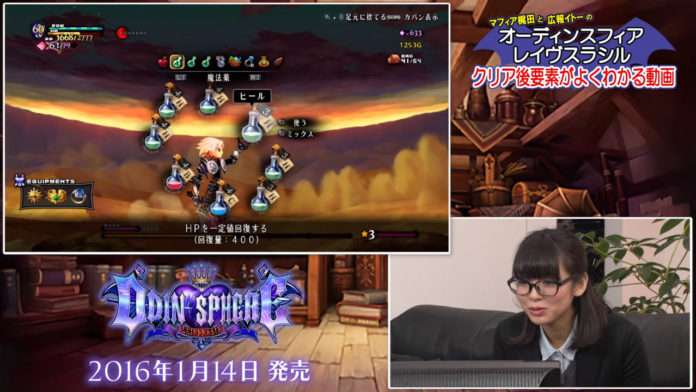 As a follow-up to the previous 20-minute long gameplay and cooking video, 17 minutes of new Odin Sphere Leifthrasir footage has surfaced.

The live stream page can be found here. More details on it will be announced at a later date.