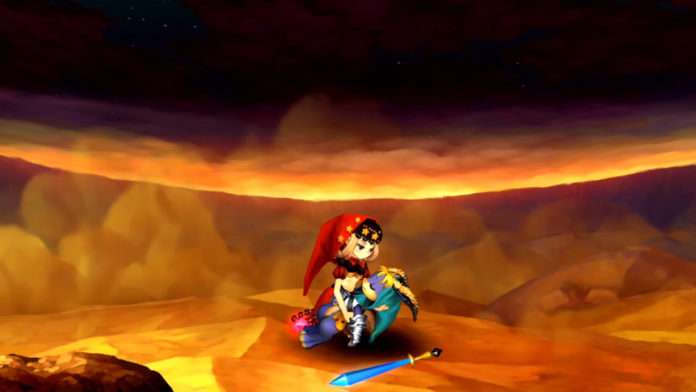 Following the previous Odin Sphere Leifthrasir character trailer for Gwendolyn, a new English trailer has been released for the prince Cornelius.

Cornelius is the son of Titania King Edmund and was once a dashing human prince. Ever the romantic, he wants nothing more than to be with his one true love — the forest witch Velvet. Unfortunately, a mysterious curse befalls upon the young Prince Charming and he gets transformed into a Pooka. However, don’t be fooled by his soft fuzzy ears and adorable button nose, this cute little furball’s sword skill can aptly be described as “masterfully dexterous.”

Cornelius wields the powerful Psypher Sword (which he obtains early in his story) and is able to combine his years of royal swordsmanship training with his agile Pooka body to devastating effect. He’ll slice and dice his enemies with dazzling speed, and his new skills in Odin Sphere Leifthrasir make him a veritable whirlwind of destruction. Cornelius can deftly leap off walls and drill into enemies with Reverse Claw, or spin round and round to deal punishing AOE damage with his Whirling Blade attack. Oh, but since Cornelius is basically as fast as lightning it only makes sense that some of his attacks are “electric” (literally). With Lightning Saber, the Pooka Prince becomes an unstoppable bolt of electricity that zips around the map damages everything he touches. Unbelievably, that’s not even his best skill! Cornelius’ ultimate — the awesome, but hard-to-pronounce Caladbolg — supercharges his sword so he can perform combinations of strikes that ends with a devastating blow. Therefore if you have the need to be fast and furious then Cornelius is your man… I mean Pooka.