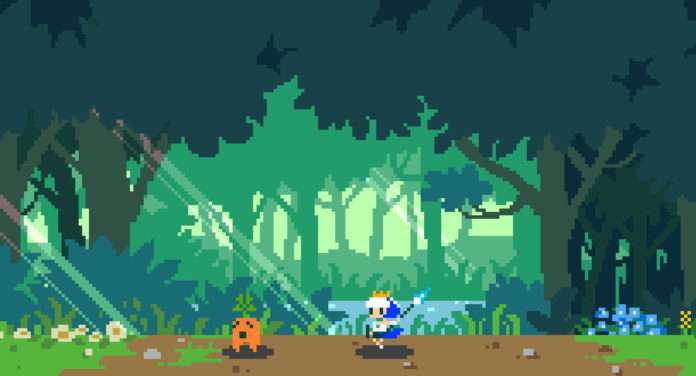 With Odin Sphere Leifthrasir set to release in Japan in 4 days, the countdown series featuring guest illustrations and messages for the upcoming Vanillaware remake continues.

The featured guest illustrator for today is Toyoi, known for his 8-bit version picture of Odin Sphere Leifthrasir.

Creating the 8-bit art for Odin Sphere the other day, I bought the PS2 version. I can’t talk about all of the contents since I haven’t finished it yet, but I like the appearance of Gwendolyn. I also like the rabbit with the human appearance!

Toyoi’s Tumblr account is: 1041uuu, which has other pixel art animations. 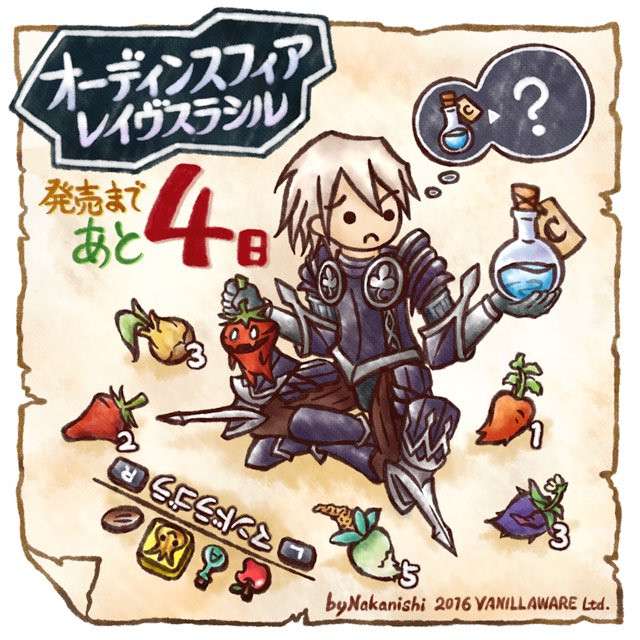 Tomorrow’s illustration for 3 days until release will feature the artist Matsuura Dharma, who is known for the manga Kasane.