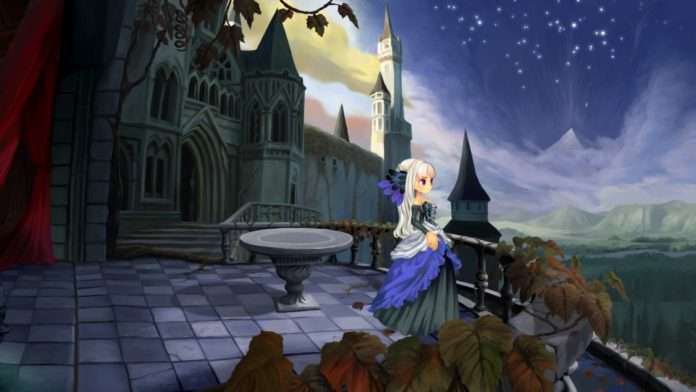 Following the Skills and Combat trailer for Odin Sphere Leifthrasir, Atlus has released an English trailer for the valkyrie character Gwendolyn.

Gwendolyn, the brave and loyal Valkyrie princess of Ragnanival. Though she is the daughter of the fearsome Demon Lord Odin and a child of the cold north, Gwendolyn is a sweet and compassionate young woman. All she wants is to protect her home and to earn her father’s love, but destiny, as it so often does, decides to interfere with her plans.

After the death of her older sister Griselda, Gwendolyn is bestowed the powerful Psypher Spear. With the spear and her esteemed Valkyrie training, Gwendolyn is a force of righteous fury — from the ground or sky, she’ll pierce, slash, and thrust enemies with unmatchable grace and precision. The addition of skill trees in Odin Sphere Leifthrasir makes Gwendolyn an even more powerful and dynamic warrior. Since she’s from the North, she has many useful ice skills such as Pain Feather (an evasive maneuver that leaves a trail of feathers which freeze enemies) and the deadly Icicle Wave attack. Ice magic not your thing? Gwendolyn can summon a literal storm of spears that follows her with the Comet Spear skill. Then there’s her ultimate skill, which summons Gungnir — the “All-Piercing God Spear.” It does exactly what you think it does, assuming you’re thinking it rains death and destruction via a giant spear shot from the heavens. Gwendolyn has plenty more skills and abilities to utilize, but you probably get the idea that she’s not one to be trifled with.