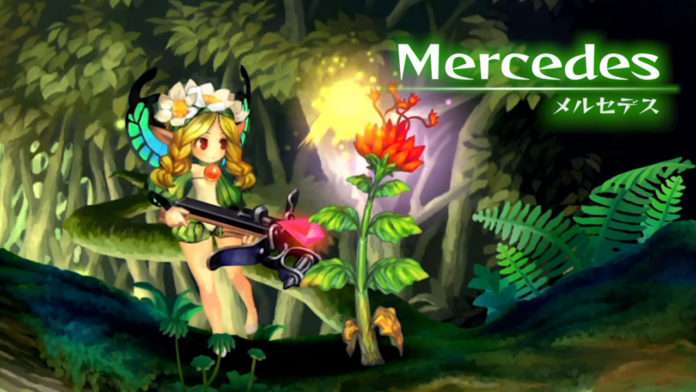 Following the Odin Sphere Leifhtrasir Mercedes character trailer featuring her story, a new “action” trailer for the character has been released showing off her abilities.

The princess of Ringford, the Fairy Kingdom, and the next in line to be Queen.

Destined to one day lead the fairies, she’s a bit timid, but won’t hesitate to do something reckless to prove her ability to her mother.

After becoming the next Queen, she quickly matures and works hard to become a strong leader.

As posted previously, Odin Sphere Leifthrasir will be having a live stream this Saturday on November 14, featuring voice actors from the game.