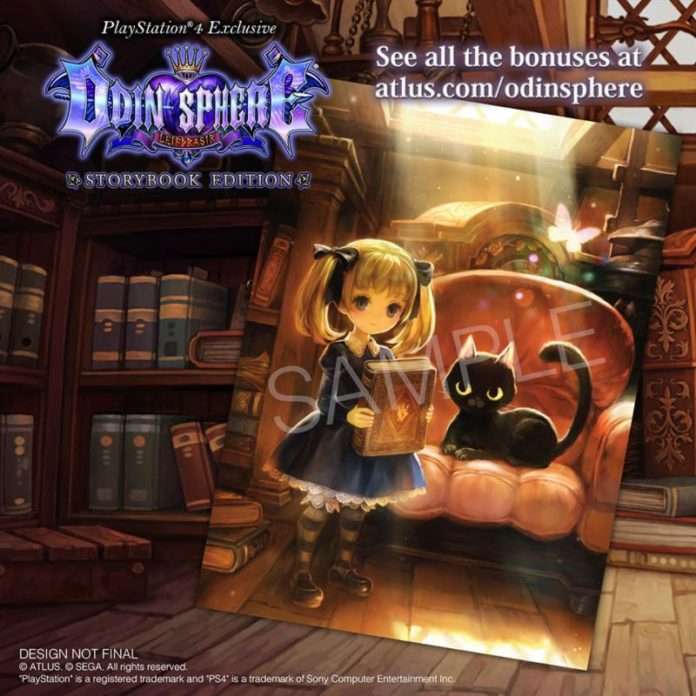 In November 2015, Atlus USA announced the localization of Odin Sphere Leifthrasir along with the limited release “Storybook Edition.” This limited edition included a “Mystery Art Print,” and Atlus has now revealed what it is. 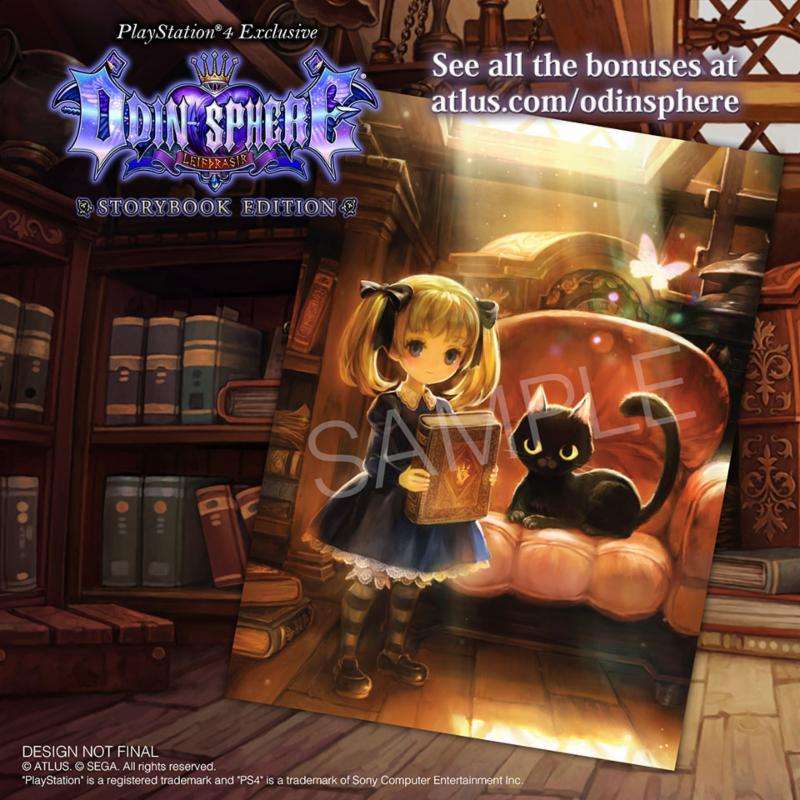 You remember when we first announced the Storybook edition and there was a big ol’ MYSTERY ART PRINT tag there? WELL GOOD NEWS! In case you totally missed the headline and image above for some reason, the art print will feature Alice and her faithful feline Socrates!
While Gwendolyn, Cornelius, Mercedes, Oswald, and Velvet may be the heroes in Odin Sphere Leifthrasir, we wouldn’t have been able to experience the magical fairy tale without Alice and Socrates. If she didn’t have such a penchant for reading we may not have even known the story of Odin Sphere existed! It’s only fitting, then, that we pay tribute Alice and Socrates by immortalizing them in a beautiful 7.25″x10″ art print fit for any collector of fine Vanillaware memorabilia.