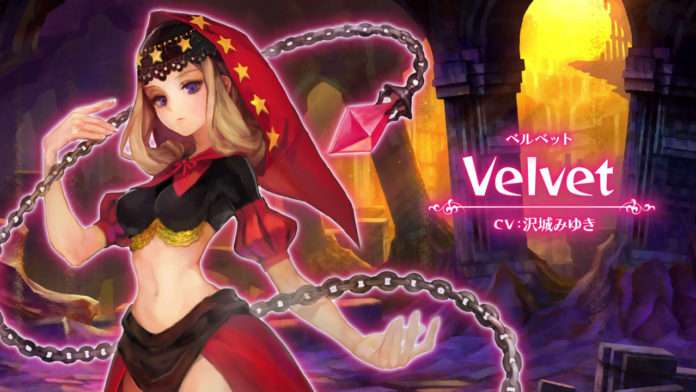 The surviving princess of the kingdom of Valentine, which was mysteriously destroyed.

To hide her identity, she fled to the Forest Of Elrit and became known as the Forest Witch.

She pieces together the prophecies foretelling the end of the world.

Though usually serene and composed, she is now desperately trying to find a way to prevent the Armageddon.

She detests her father, Odin, because his actions caused the death of her mother.

Both characters have been added to the official website’s character page, along with the “World” page being updated with the different factions in the game.

Additionally, Atlus has released two television commercials for the game, showing off the action portion and story segments of Odin Sphere Leifthrasir.

After the Dragon’s Crown Original Sound Track that was previously announced, Atlus has announced that they will be releasing the Odin Sphere Leifhtrasir Original Soundtrack exclusively via the Atlus D Shop.

It will contain a total of 28 songs, 5 of which are arrangements of newly created songs composed by the music company Basiscape.