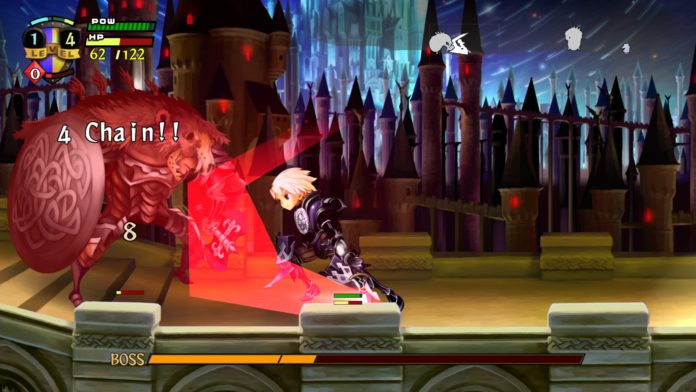 Following the game’s localization confirmation and yesterday’s Atlus USA tease for a large special edition game package, the “Storybook Edition” of Odin Sphere Leifthrasir has been announced exclusively for the PlayStation 4 version of the game in North America. 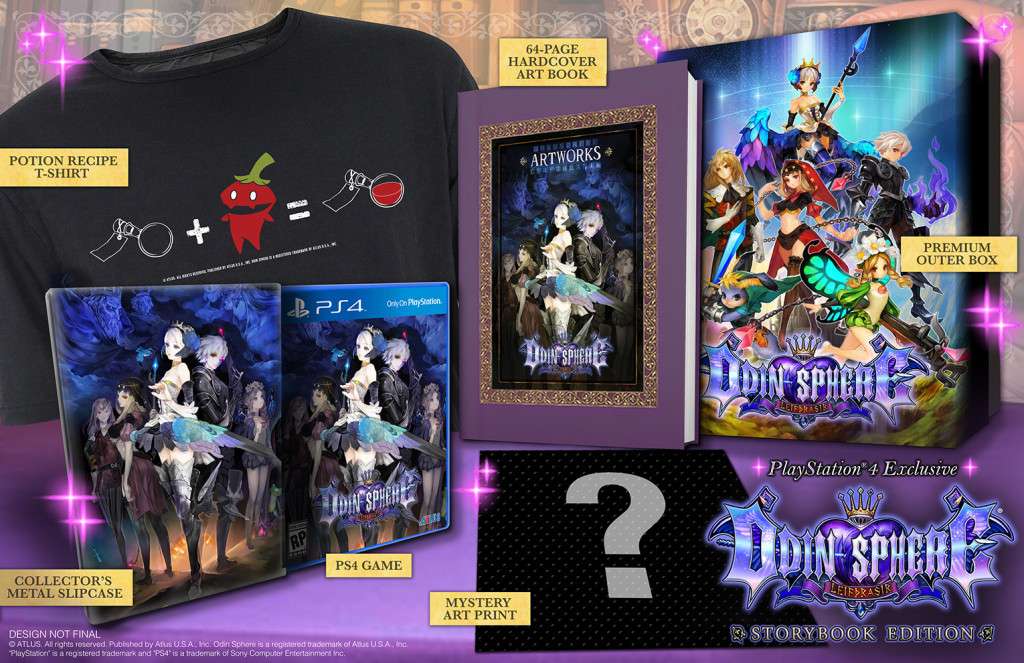 Odin Sphere Leifthrasir presents the interwoven tale of five incredible characters – Gwendolyn, the fearsome Valkyrie caught between family and love; Cornelius, the hapless lover turned into a beast (albeit a cute and cuddly one); Mercedes, the reluctant Fairy Queen; Oswald, the blood-thirsty Shadow Knight; and Velvet, the mysterious forest witch – as chapters in a storybook, read by a young girl. So naturally, it’s fitting that the complete HD remake of one of the most vaunted games from the PlayStation®2 era is receiving a premium “Storybook Edition”. Exclusive to the PlayStation®4, the “Storybook Edition” will be available in spring 2016 for $79.99/CA$99.99. Pre-orders for Odin Sphere Leifthrasir “Storybook Edition” and the standard versions of the game are now open at game retailers.

Sample of the softcover art book included with normal versions of the game:

The box art remains the same as the previously revealed Japanese box art for the game.

Odin Sphere Leifthrasir is a total overhaul of the original PS2 game. From completely hand-redrawn graphics and refined gameplay mechanics to optimizations for the release consoles, the game fully encapsulates an artfully elegant tale steeped in Norse mythology with all the makings of a tragic opera. The five main characters each traverse their own storylines, be it as friends, lovers, or mortal enemies, punctuated with sharp, precise combat against fantastical enemies and dragons – Odin Sphere Leifthrasirgives players the sensation of playing in a fairytale of Wagnerian proportions as the main characters all vie to regain stability in their world of warring kingdoms.
Odin Sphere Leifthrasir is the latest collaboration between ATLUS and Vanillaware, two names with a history of creating immersive, engaging games with a fanatical level of attention to detail. The game is not yet rated by the ESRB, and will be available in spring 2016 for the PS4, PS3, and PS Vita.

The official website for the game has been updated accordingly. No details of a European release have surfaced as of yet.
Odin Sphere Leifthrasir is slated to release in Japan on January 14, 2016 for the PlayStation 3, PlayStation 4 and PlayStation Vita. The RPG remake has also been confirmed for a North American release in Spring 2016.