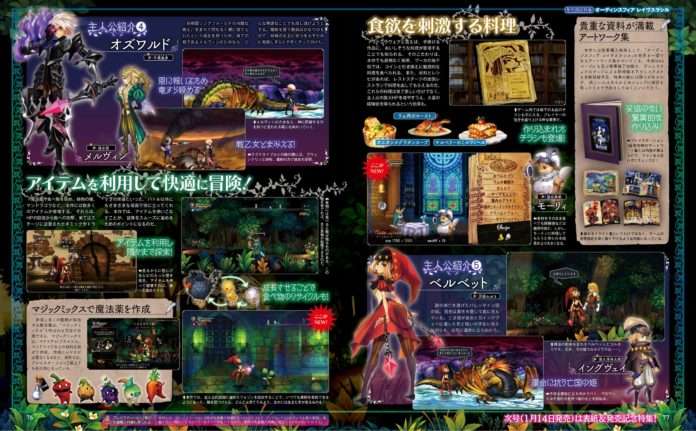 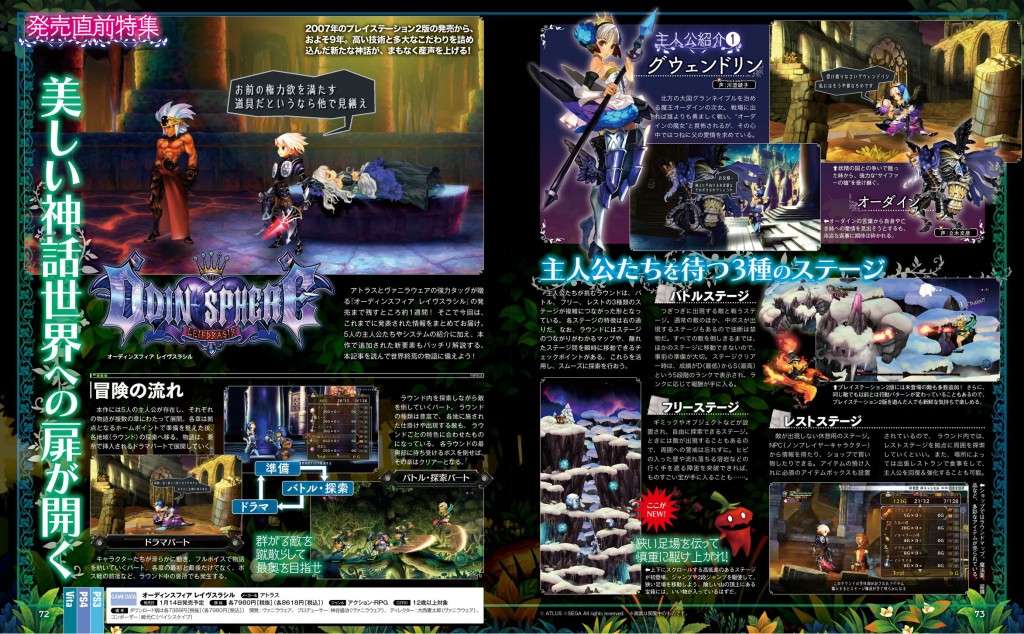 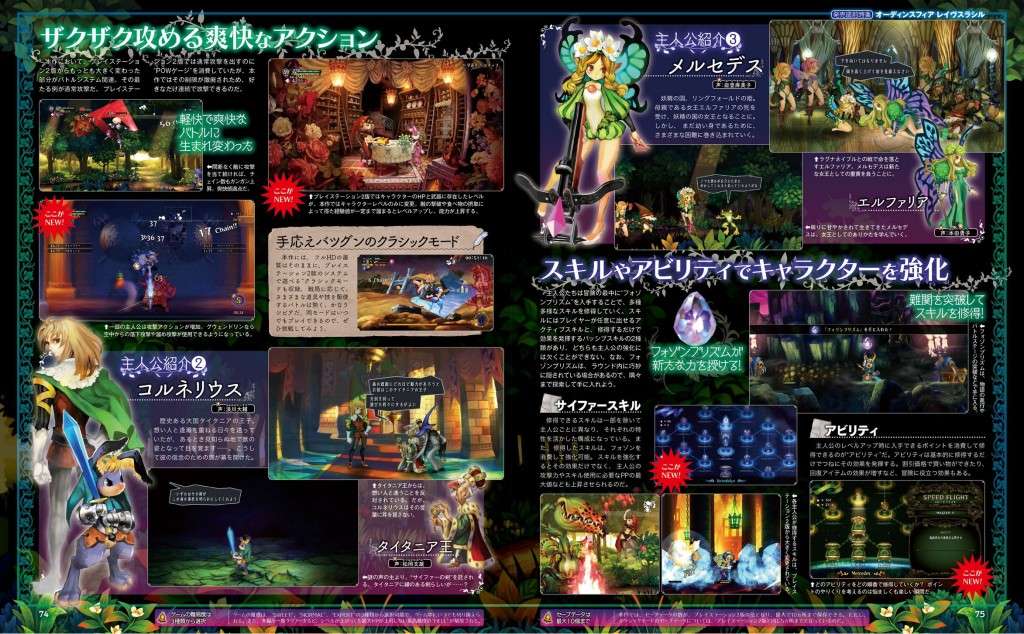 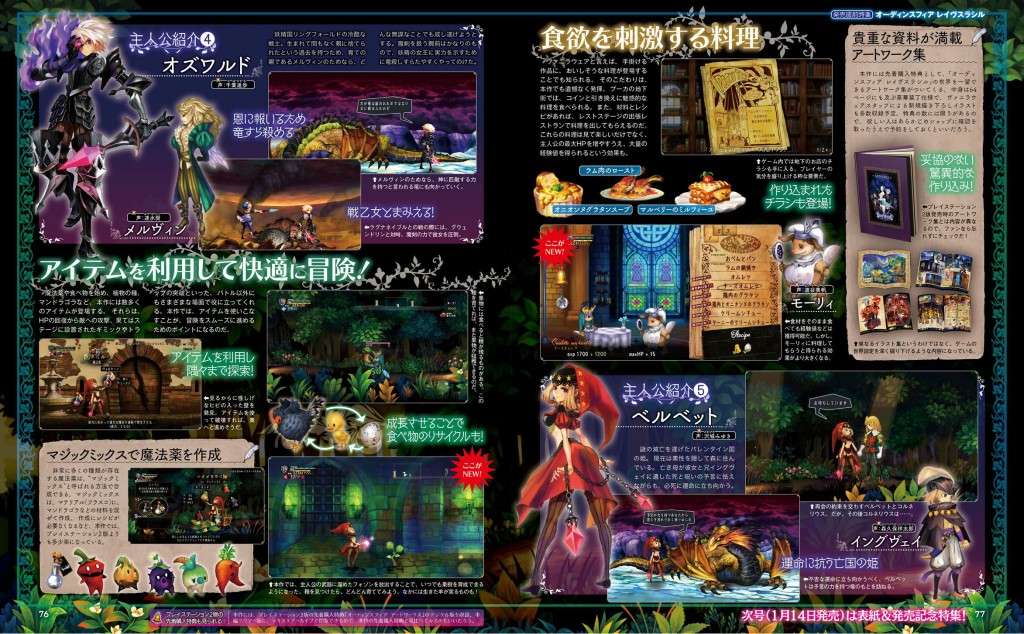 The feature is an overview of the game releasing next week in Japan, introducing the five playable characters, the gameplay systems, and the remake specific improvements in Odin Sphere Leifthrasir.

The previous Odin Sphere Leifthrasir Famitsu feature was for issue #1413, released on December 24, 2015. It contained general information on the game.