Update (2019-03-14): A sample of the Goro Akechi artwork has been officially released by the Persona 5 anime Twitter account, with an introduction of male character wallpapers for White Day.

Through a recent datamine via Twitter user @regularpanties, upcoming wallpaper images of note which will be released through Persona O.A. have been revealed.

One of the wallpapers is of the first officially revealed artwork for the phantom thief version of Goro Akechi: code name “Crow.” 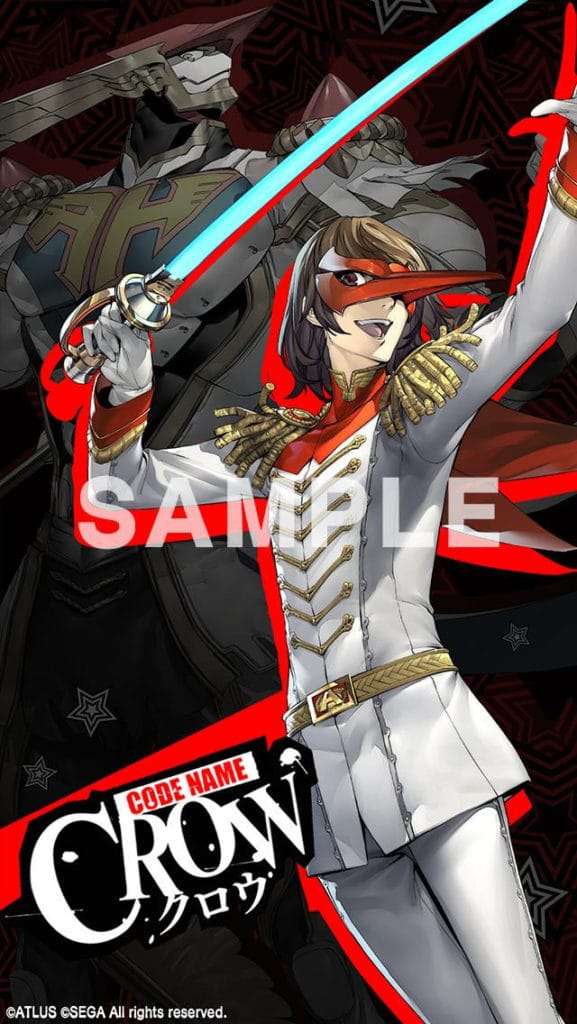 The render is in the style of the initially revealed phantom thief forms from Famitsu in June 2016.

The artwork also includes the first artwork in that style for Akechi’s persona, Robin Hood.

The other datamined wallpapers consist of the cover art for Persona 5 the Animation Volume 10, which is set for release on March 27, 2019.

This one features Sae Niijima. As with the other covers, it is reversible, with Sae’s normal look on one side and her shadow form on the other.

Volume 10 will include episodes 25 and 26, alongside The Animation Soundtrack CD Vol. 4.