Drawing Ryuji Until I Can’t Recognize Him

Are there specific characters that you enjoy drawing? For example, in P5?

Kabayashi: Yusuke and Haru for me.

Shimada: What? I thought it was Futaba!

Kabayashi: I really love her airy perm bob… Too bad she had no bangs. (laughs) So I kept thinking of how cute she was as I was drawing her.

And what’s your reason for choosing Yusuke?

Kabayashi: He’s definitely the funny man (in a comedy duo), so I can fool around when I’m drawing him. He’s a character who can’t help being a little weird, so I can put some funny things in. A simpler reason is that I find it easy to note his facial features, so I can draw him efficiently.

Oribe: I like drawing Yusuke and Ryu-oh! If I answer this, I might be stuck drawing that character over and over! (laughs) Shimada-san’s favorite is Ryuji, yes?

Shimada: What!? I’m the least skilled at drawing him! The character I like is the Protagonist. It was an uphill battle at first, but now it’s great and fun to be able to draw the curls on his head from any angle. His hair had to be this balance of unkempt but not close-cut, with some fluff, but I love the the time I put into drawing it. More personally speaking, I like drawing characters with expressive eyes, who seem so cool when I see them.

You say that you’re terrible at drawing Ryuji. Which parts are difficult?

Shimada: He can’t be too handsome, but neither can he be too relaxed, etc. I keep those in mind as I’m drawing him… and drawing him… and suddenly, I can’t recognize him. When this happens, and I correct my art the next day, I ask, “Who even is this!?”

Soejima: Ryuji is also the most difficult to draw [of P5’s main characters] for me, and there’s a reason for this. I rushed to pass his final design to the animation company, so they could create cutscenes. After that, the company gave us their concept art of Ryuji… based on Oribe-san’s version of him. I knew that I helped in drawing him, but when I saw it, I said, “Ryuji…Ryuji… wait, who?”

The same reaction as Shimada-san? (laughs)

Shimada: I swear I’ll conquer my issue with Ryuji!

Shimada: My second project since my employment was Ryuji’s Phantom Thief outfit, so I’ve had several traumatic experiences of staring at him too much. (laughs)

Oribe: You just didn’t know what to do anymore. I thought the composition for that was difficult as well.

Shimada: I couldn’t make it better no matter how long I took, so I gave it to you in the end, Oribe-san. That’s why I want to conquer this someday. 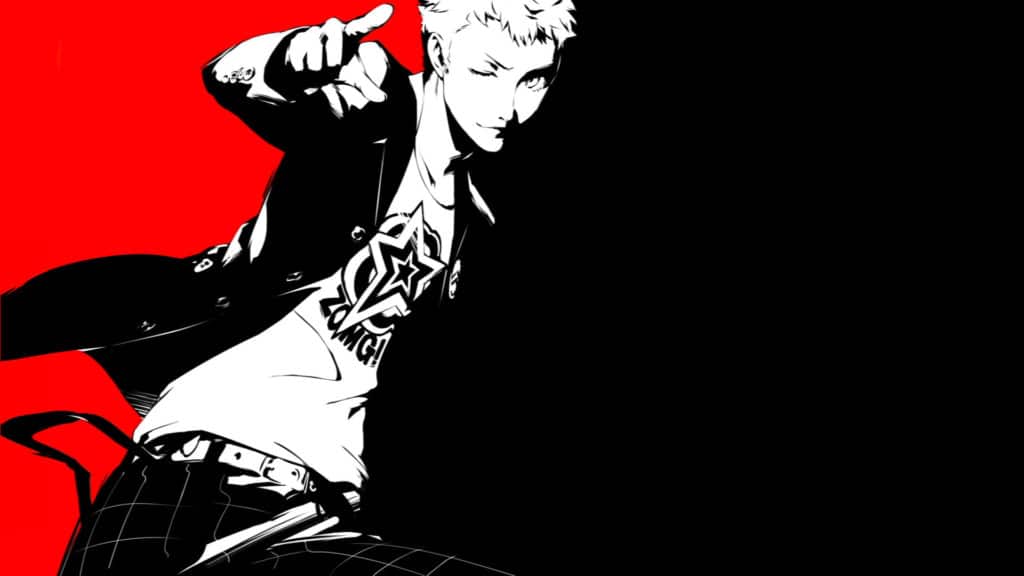