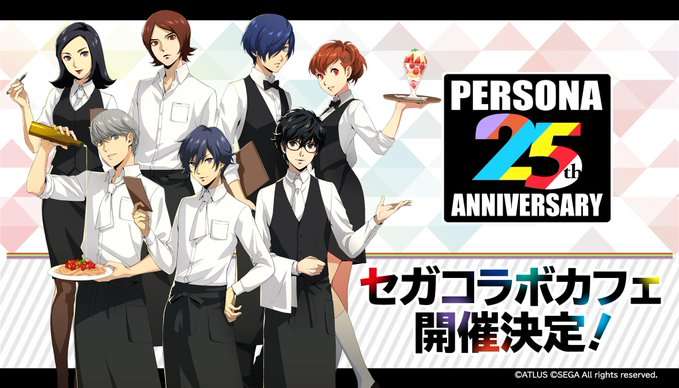 During the “Persona 25th Times Vol. 2” video, Atlus announced that a collaboration cafe for the Persona series’ 25th anniversary will take place in the future.

Details of this collaboration will be announced at a later date. New key art featuring the Persona series main characters has been revealed alongside the announcement.

Previously, a Sega collaboration cafe event was held for Vanillaware titles in October 2019, and Persona 5 Royal in November 2019.