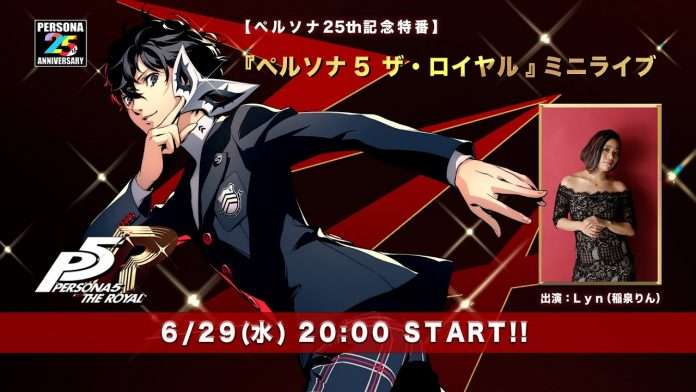 To celebrate the Persona series’ 25th anniversary, Atlus has announced a commemoration concert to be broadcast tomorrow, on June 29th.

This follows the announcements of the ports of Persona 5 Royal for Xbox Series X/S, Xbox One, Xbox Game Pass, Windows PC, Steam, and Nintendo Switch.