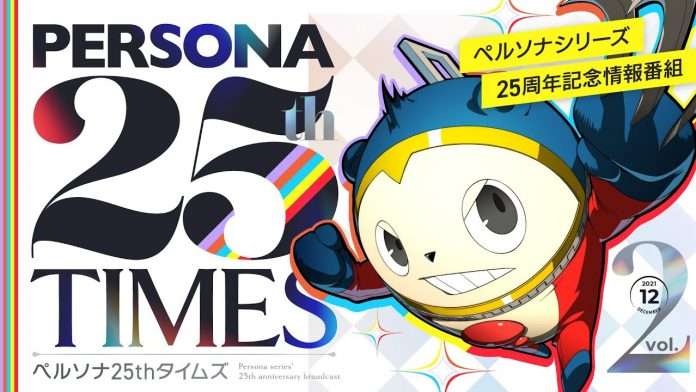 Following September 2021’s “Persona 25th Times Vol. 1” video featuring the beginning of the celebratory content for the Persona series’ 25th anniversary, the next video has been announced for December 10, 2021 at 2:00 AM PST / 5:00 AM EST / Other Time Zones.

The video prominently feature’s the key artwork for Persona 4‘s Teddie from Persona 4 Arena Ultimax, which was recently announced for the PlayStation 4, Nintendo Switch, and Steam at The Game Awards 2021. The upcoming Persona remastered release will likely be prominently featured during tomorrow’s video.

The second “project” among the seven that the 25th anniversary events will consist of.