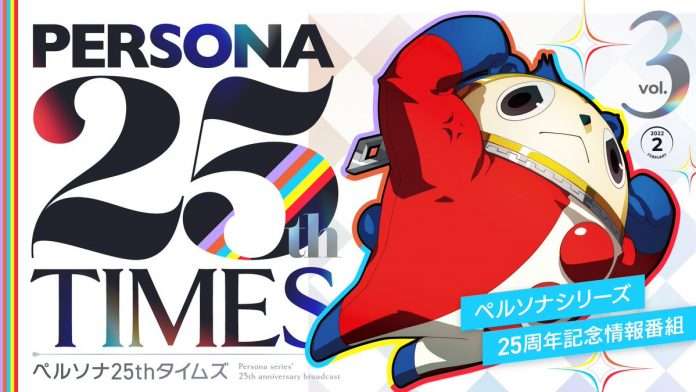 Following December 2021’s “Persona 25th Times Vol. 2” video featuring the remastered version of Persona 4 Arena Ultimax for the Persona series’ 25th anniversary, the third video has been released today, with the previous tease of the next video being in February.

The mascot for this video is once again Persona 4‘s Teddie. The news featured in this video included a celebratory event, merchandise, and collaborations:

Following the earlier rumor, “Persona 25th FES” was finally, officially confirmed. It is a fan focused event that will be taking place at the Tokorozawa Sakura Town venue in Japan between May 28th, 2022 and July 10th, 2022.

The main stage of the event in the building will be the EJ Anime Museum, which will feature exhibitions where visitors will be able to visit exhibitions related to the world of Persona, notably locations from the series.

Life-size, 1/1 scale statues of the main personas for Persona 3, 4, and 5—Thanatos, Izanagi, and Arsene—will also be present at the venue.

The venue will feature official merchandise sales, as well, with news to come later.

At this book store near the venue, original merchandise featuring newly drawn art of the protagonists wearing store staff outfits will be sold.

A hotel located inside Sakura Town, there will be original collaboration  rooms here during the event, as well. Art featuring the Persona series protagonists in hotel staff costumes will be present, with various missions for visitors accomplished through a smartphone.

More information regarding the attractions at the venue will be released later. 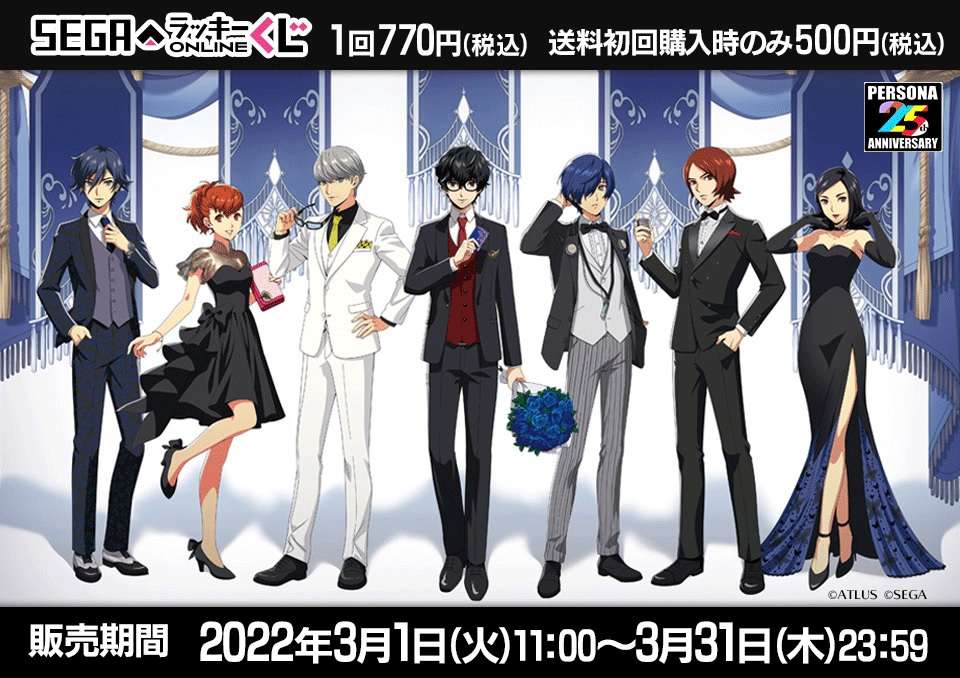 Sega Lucky Lottery are lotteries at a variety of convenience stores which distribute prizes for different Sega properties. Every ticket is a guaranteed win for a prize. The Persona series has been featured in these before.

The upcoming one, by the name of “P25th Party,” will be taking place from March 1 to March 31. The merchandise for this lottery will feature the Persona series protagonists in new artwork of them in formal wear.

Featured as part of the merchandise will be new Ani-Art for the series protagonists on acrylic stands, can badges, mugs, etc. 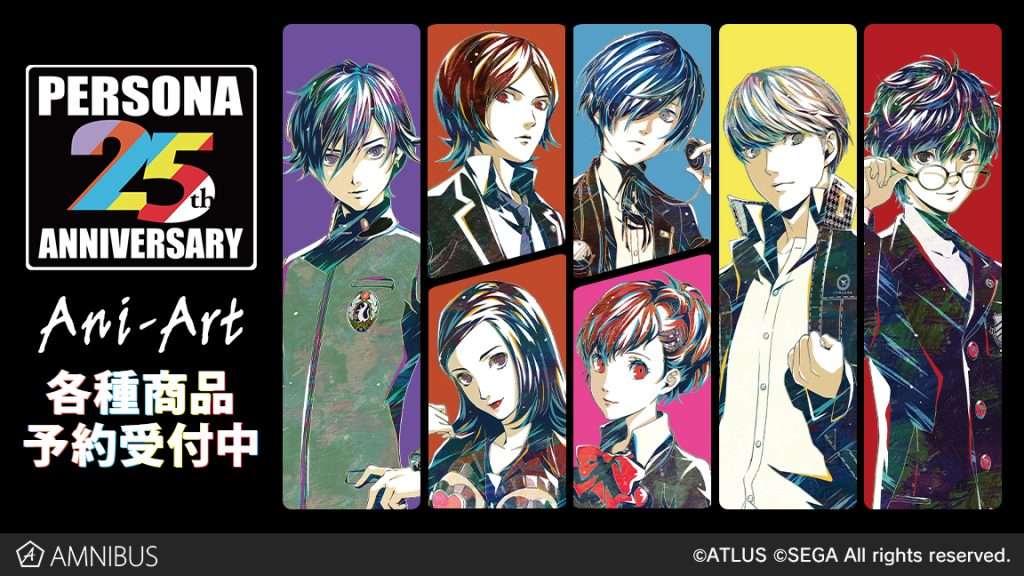