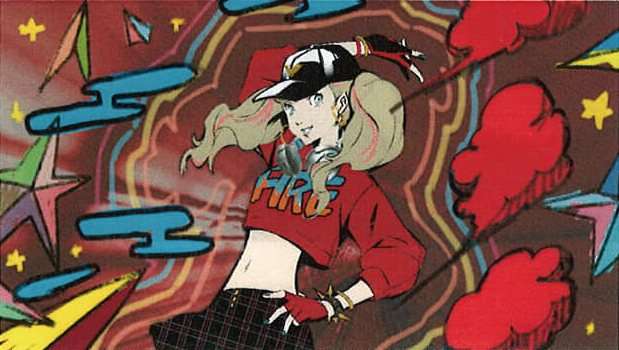 In February 2019, CGWORLD published an article exploring the production process behind the opening animation for Persona 3: Dancing in Moonlight and Persona 5: Dancing in Starlight.

Below is a complete translation of the first part of this two-part feature. The second part can be read here.

The rhythm games Persona 3: Dancing in Moonlight and Persona 5: Dancing in Starlight were released in Japan for the PS4 and PS Vita in May 2018. And today, we introduce domerica, the budding animation studio that created the opening sequences for both games.

[domerica has also helped with Persona games in the past, including Persona 5, Persona 4 Arena Ultimax, and Persona Q: Shadow of the Labyrinth.]

It’s been more than 20 years since the first Persona game was released, and the series continues to be adored worldwide. Many young fans, in particular, enjoy the real-world setting that mixes in elements of the occult, stories regarding the human psyche, and dazzling art and character design. The “Dancing” series was conceived to bring characters from the original games into a brand new scenario, where players can watch these characters dance to notable songs from the original games. 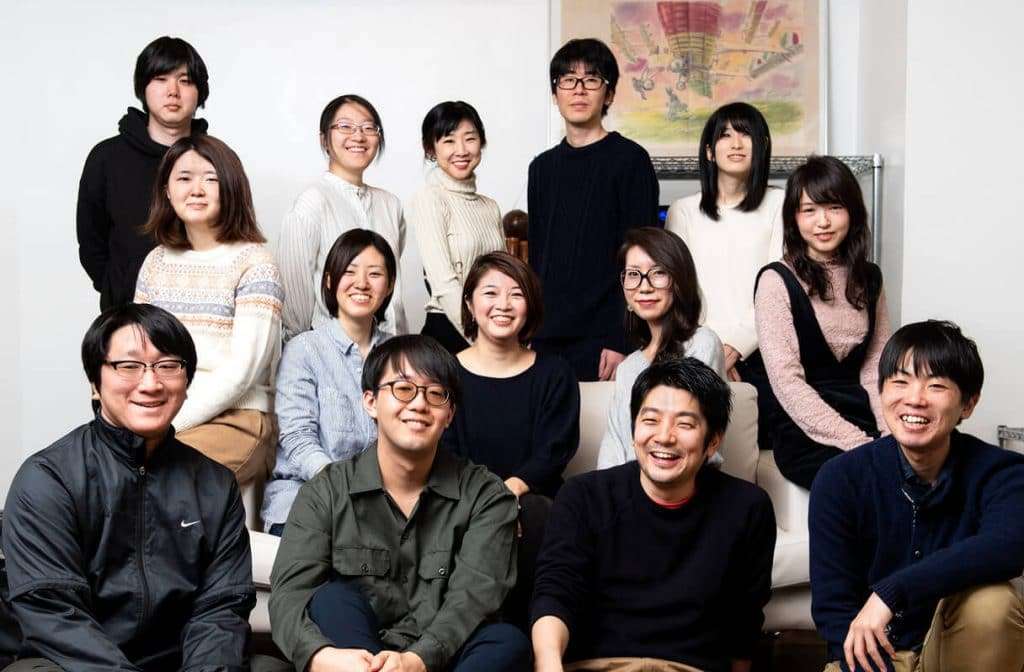 From the left in the front row:

From the left in the middle row:

From the left in the back row:

POINT 01 – No Barriers: The Essence of domerica’s Work Ethic

domerica was brought into the project at the start of 2017. They drew up a proposal and began storyboarding and drawing promotional art in May, completing in November. They had around 15 people working on the projects: four in CG art, seven in animation, one in photography, one in backgrounds, and the remainder with miscellaneous assignments.

However, domerica doesn’t enforce these roles too strictly. “We don’t really assign positions,” says spokesman Kazuya Ichikawa. Rather, members work around their expertise, e.g. being responsible mainly for photography, but drawing animation on the side. Ichikawa, for example, specializes in CG,  but wants to avoid being locked into that single field in the anime industry.

It’s easy to assume that operating the “domerica Way” negatively affects the quality of their product,  but the truth is that the flexibility allows them to work better, and within schedule. Director Mari Takada explains,  “By working on multiple stages of production, we can anticipate what needs to be done next. If a staff member has concerns over the work, they have the skill to resolve it without raising conflict with their coworkers.”

As there are no Production Assistants (PAs) within domerica, they use Google Spreadsheets to manage their work. The rows are sorted by name, the columns by dates, and their schedule is constructed with items of different colors. No one person is in charge of a single aspect of the work; multiple people can collaborate at once, and the number of colored cells depict how many people will be working together at a certain task. All staff members of domerica can access this sheet, so they can easily see who’s working on what, and proceed with the project accordingly. This means of managing their schedule allows them to complete their work without the need to hire a PA.

We’ve been permitted to peek into their office. 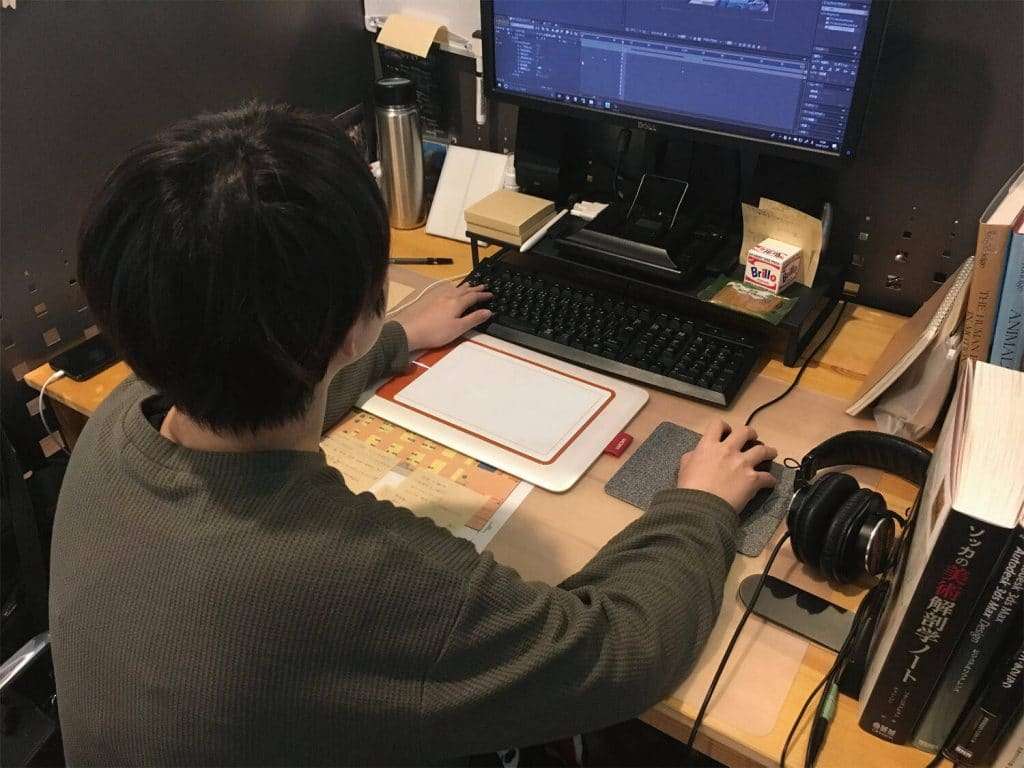 domerica provides the PCs and tablets that staff use to create CGs. 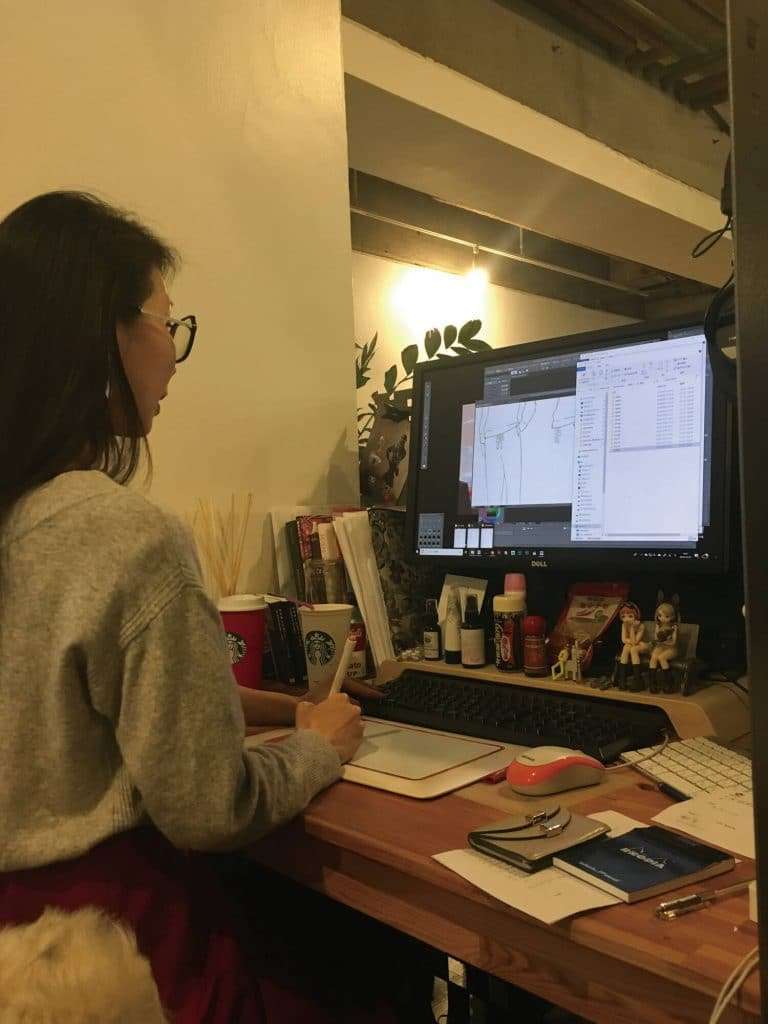 domerica uses Wacom tablets to draw, while referring to their storyboard. They initially used LCD drawing tablets, but limitations such as the small drawing surface promoted the switch. They chose Bamboo tablets in particular for their long USB cords, and how they didn’t require charging. Additionally, it was simple to manipulate, and had 1,024 levels of pressure sensitivity for crisp, precise lines. While the more recent models allow for more accurate retouches, the staff would run the risk of wasting more time than they could afford by going after the finer details.