What makes P3D and P5D so attractive are how they make the characters dance in the respective games, even though they don’t look the type to do so. The storyboard focuses precisely on that point.

Production head Arisa Matsuura says, “We have two games and two sets of serious individuals, and having them dance and laugh and have fun can be enjoyable for fans of Persona. We’ve submitted a storyboard where the characters are cheerful and exhibiting behavior different from their usual selves, all while remaining liveable.”

The dances for the OP were taken from motion capture recordings of the games themselves. They were imported from Maya to Autodesk’s 3ds Max, and the characters were drawn in from there. Keyframe animation was used sparingly, such as for Aigis’ backflip, where it looked better, and for transitioning between dance moves. Every scene had to look unique, and like it was under the spotlight.

The proposals for P3D and P5D, as domerica gave to Atlus. Discussions were held until certain concepts were solidified. In the end, many of the initial ideas were cut from the final project, but interesting alterations took their place.

When the P3D proposal was combined with P5D’s in addition to new ideas, it made for a fascinating combination. This is what a proposal looks like for a studio that oversees the entire work, and not just the CG.

domerica uses TVPaint for its digital animation, versions 10 and 10.5 in particular. Its most prominent features include the light table, its ability to “read audio”, and its high-quality previews. The preview feature is said to be more reliable than that of Clip Studio Paint. 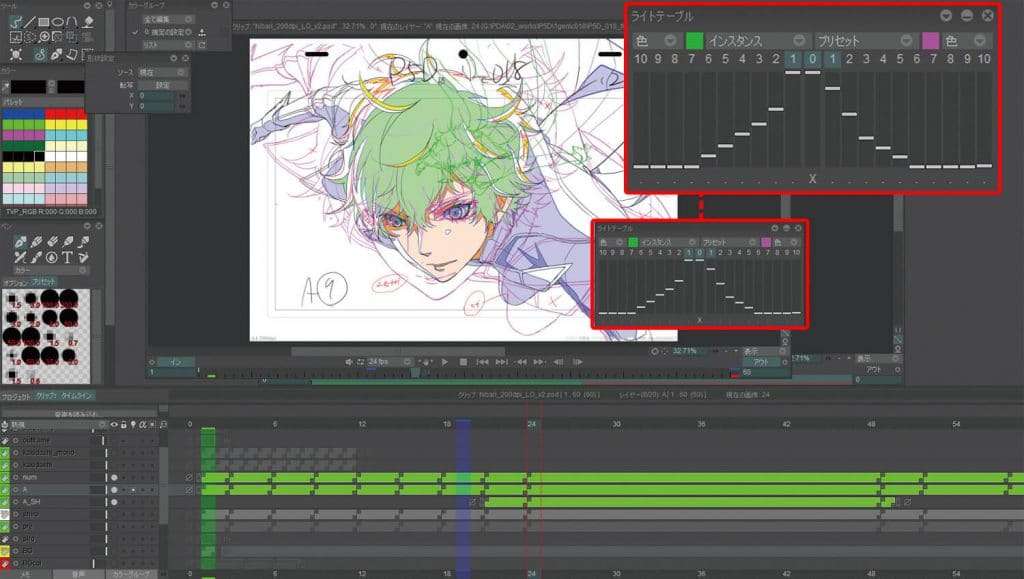 A screenshot of TVPaint Animation. It was built primarily for digital animation, and was therefore often used in making anime. The light table feature has an intuitive feel to it, as it allows one to work on a frame in the animation while the previous 10 frames and next 10 frames are visible. The currently selected frame is at 0, and the other frames use different colors for visibility. The intensity and transparency of these frames can be modified. 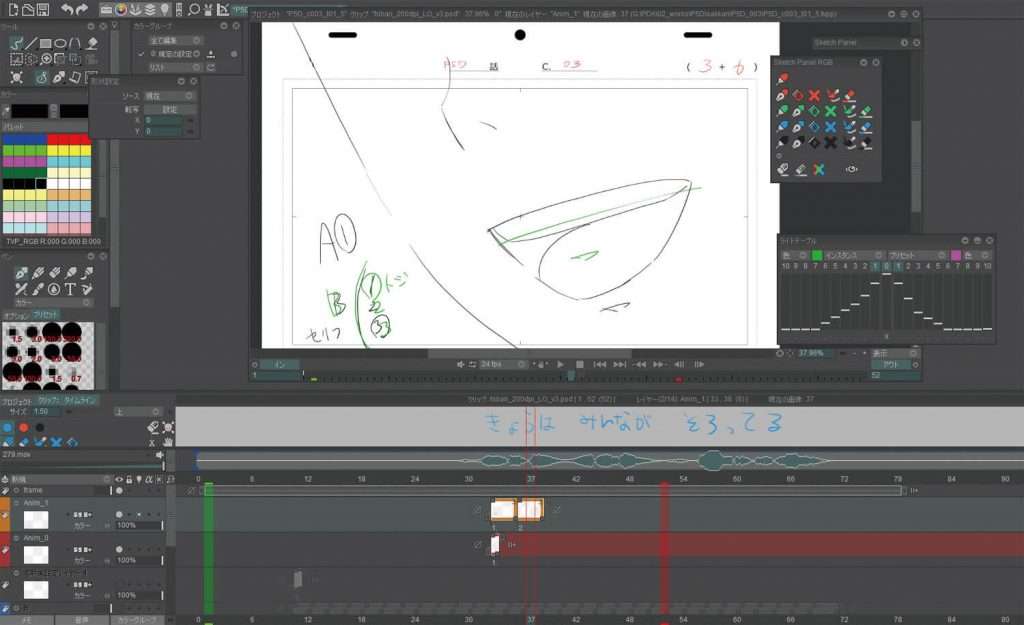 Text can be written on top of audio tracks as guides for animating lip sync. 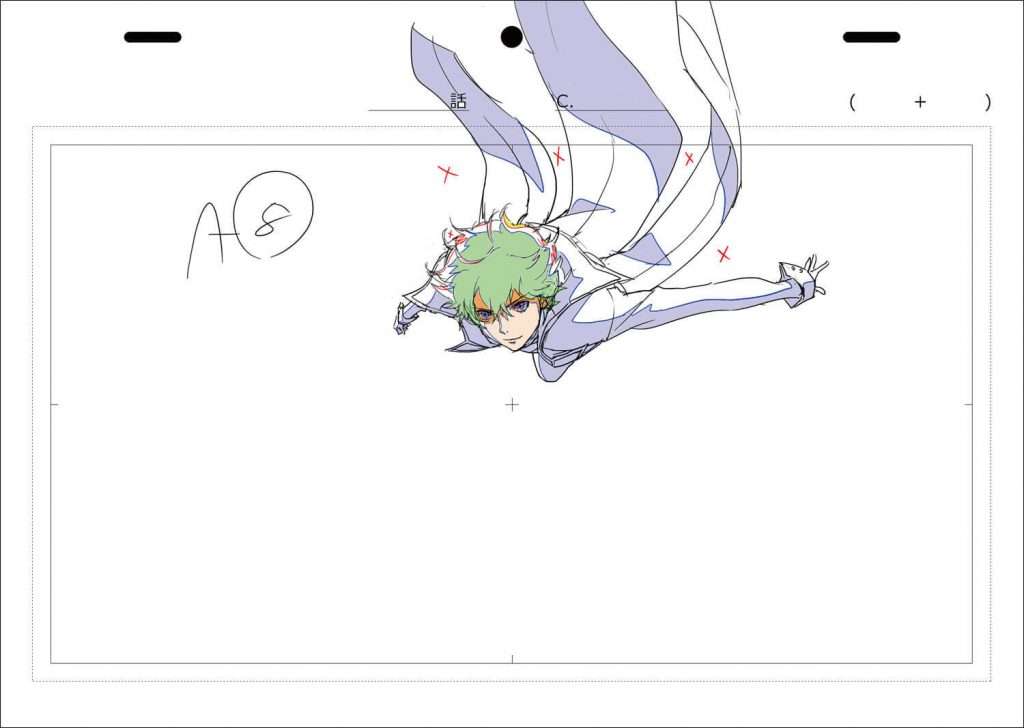 The keyframe animation is drawn.

The Process of a Scene

Below is an example of how a scene is created from start to finish. 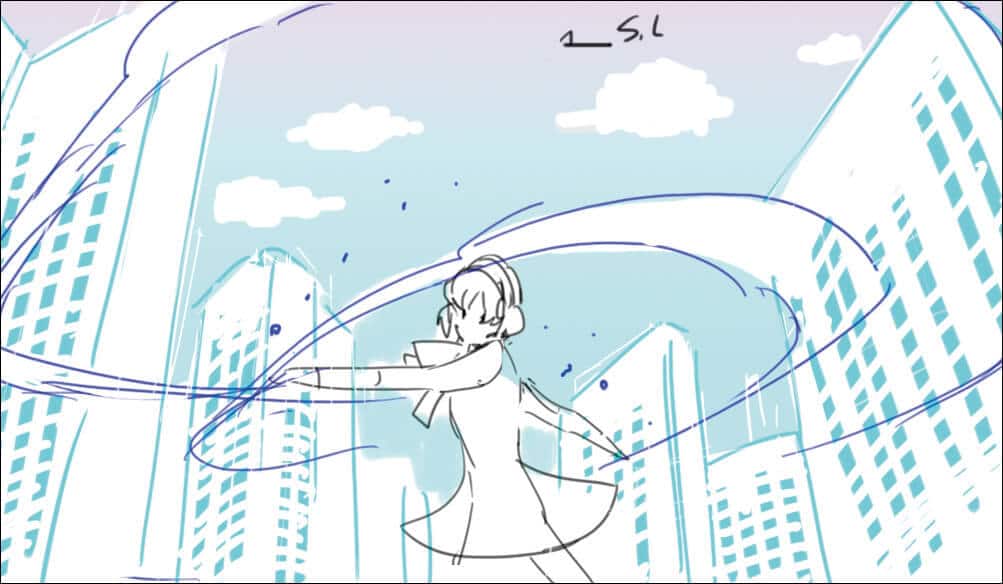 The storyboard. The characters were drawn with their dancing styles in mind, which was in turn taken from the motion capture data. 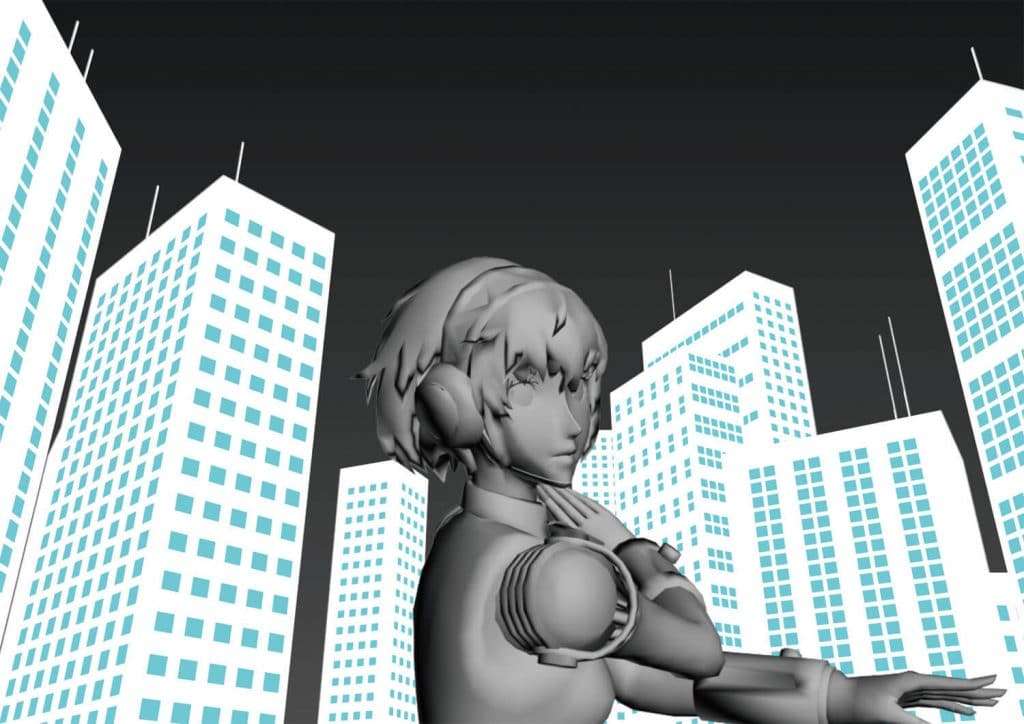 The CG preview. All the animatics were created with CG graphics. The number of frames to use have been determined at this point. Typically, dance scenes use 2 frames, while some require 3. 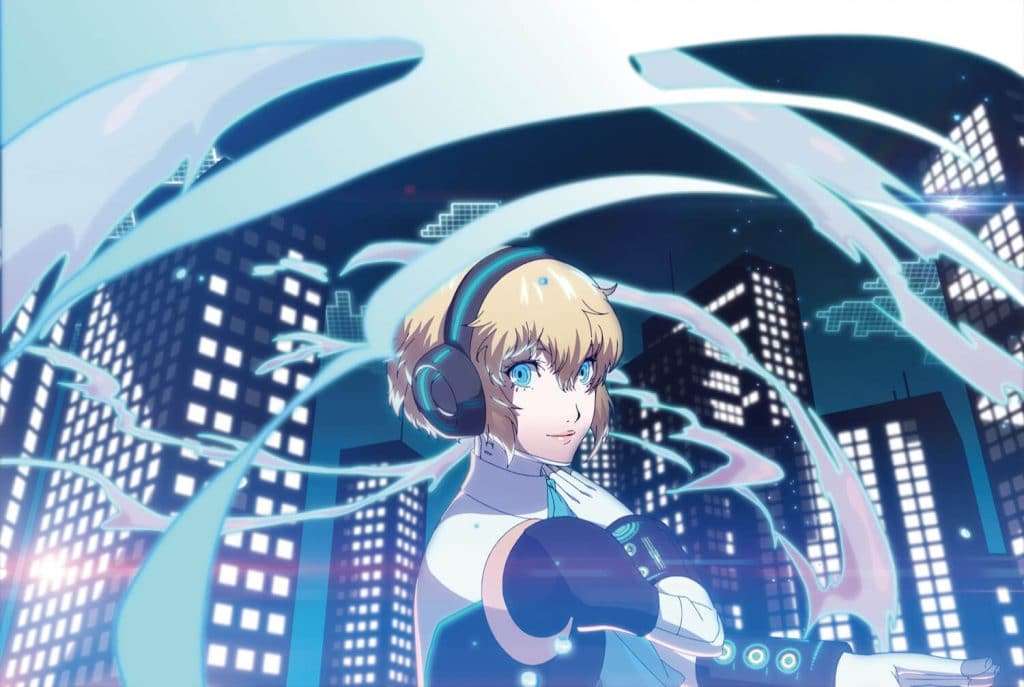 Still of the completed animation after the process.

The more complicated dance scenes were created with CG. 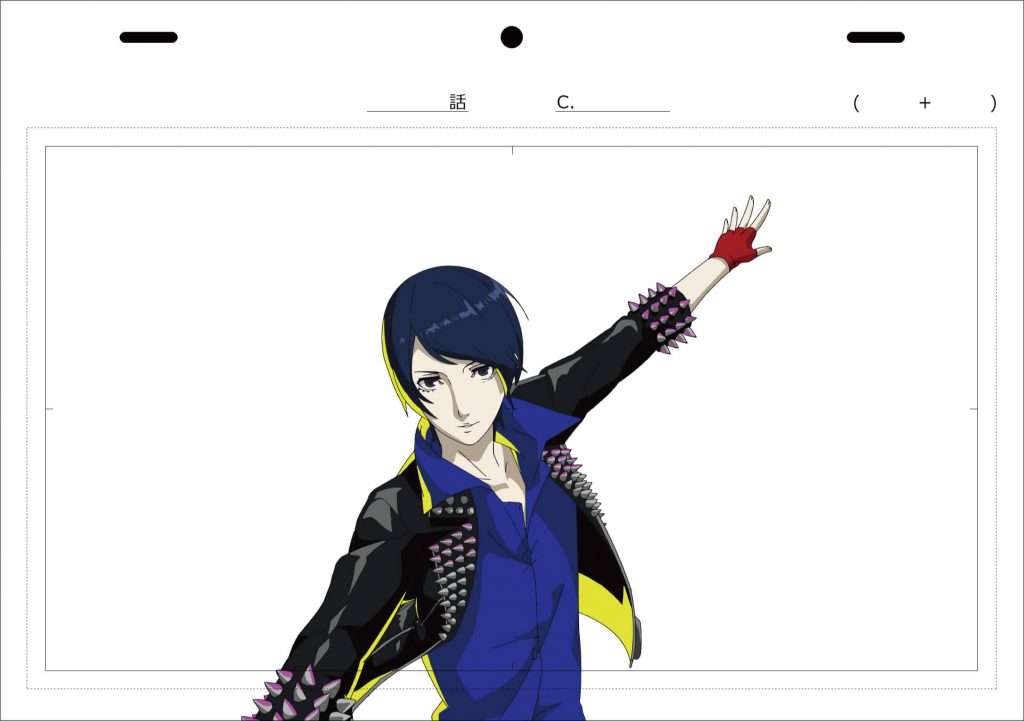 A translation for the second part of this article will be published in the future.