The remastered versions of Persona 3 Portable and Persona 4 Golden will finally be released for modern platforms this week. To highlight the launch, Weekly Famitsu magazine issue #1781 (released on January 19, 2022) features an interview with the developers behind P3P and P4G remastered.

This is the first time both of you appear in an interview with our magazine. First of all, please tell us about your roles on these two titles.

Nomura: I’ve been working as a business producer since the Steam version of P4G released in 2020. This time around, I was in charge of product planning and development for the remastered version, with the aim of delivering the enthusiasm of the staff behind the original version.

Yajima: I was involved in the development of the original Persona 3 as a programmer, and I was the director of the Steam version of P4G, as well as the remastered versions of Persona 5 Royal, P3P and P4G. My main task wasn’t to port the original game to the latest consoles, but to optimize the game so that it does not look inferior to the original versions even when played today.

The remastered version of P5R released last year in October has sold more than 1 million copies worldwide and has been well received.

Yajima: Compared to the other titles, the PlayStation 4 release of P5R was relatively recent, so it was hard to predict how much demand there would be. Because of that, we were very happy to see that so many people had been waiting for it.

Why was it so well received?

Yajima: P5R itself was highly acclaimed for its many new elements and fine tuning added to the originally highly acclaimed Persona 5. Our first priority was to maintain that appeal in the remastered version and make sure that the game would feel the same no matter which console it was played on. We stayed true to that priority, and we were glad to receive a response that people could play comfortably on any platform. 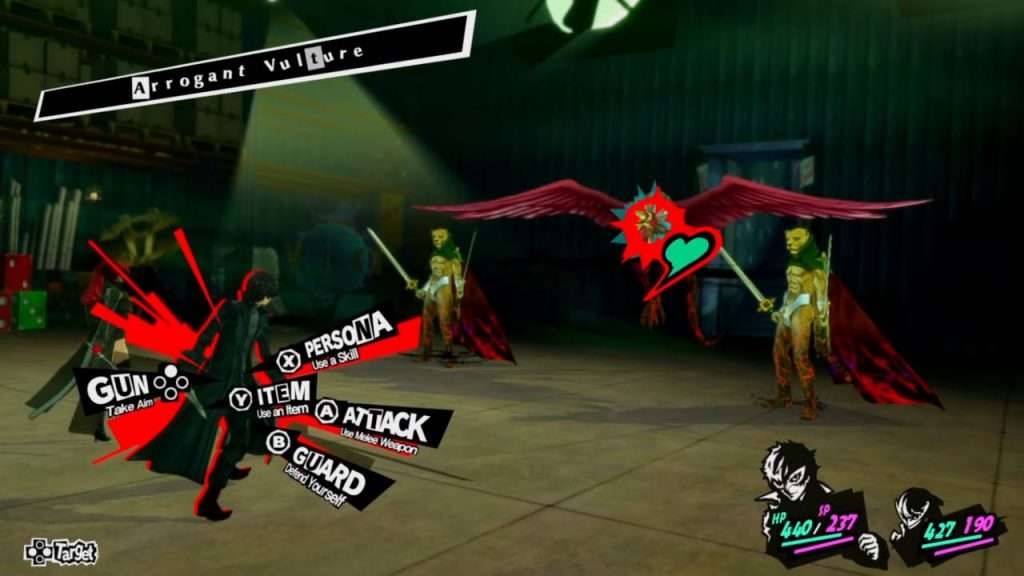 In that respect, wasn’t there more than simple porting involved with these two titles, whose original versions were released on handhelds?

Yajima: That’s right. There was a lot of high-resolution original data available for illustrations and other 2D materials, but for 3D data such as CG models, we had to modify textures and optimize the data to match the modern console specifications. Particularly, P3P’s resolution is much higher than that of the original version, so it took an enormous amount of time to modify all the data.

Nomura: This time, we worked with a development company called Preapp Partners, who also helped us with the Steam version of P4G. They worked with us on elements that did not exist within the original high-resolution data or that needed to be reworked, which was a very difficult and painstaking process. When we projected the game screen on a large TV in the conference room to check on the finished product, the characters and backgrounds on the field were beautifully done, and everyone in the room couldn’t help but be impressed.

Comparing the original version and the remastered version of P3P, in certain scenes, characters that were shown like pixel art were replaced with clear 3D models. That is certainly a very steady process!

Yajima: Even when the original version’s resolution was enlarged as is, the graphic patterns and lines were often rough or crushed. We’ve made detailed corrections with reference to the original character and setting illustrations, and besides the appearance, for models who have some sort of performance function, we’ve optimized them in various ways and taking advantage of new specifications in order to support 60 frames per second.

Supporting 60 frames is a big change, isn’t it?

Yajima: Indeed. The original version was based on 30 fps, but it wasn’t a simple matter of doubling the frame rate to reach 60 fps. For example, in the event scenes, the motion and the scaling often didn’t match… To be honest, we considered compromising on the event scenes, where the focus is on watching dialogue, since the feel wouldn’t change much if we kept the original 30 fps. Still, I was determined to not cut any corners in the remastered version.

Nomura: We made the Steam version of P4G compatible with 60 fps, and we worked on P3P until the very end. It may be hard to tell in the conversation scenes, but in battles and dungeon exploration, you’ll notice that the movement is smoother than in the original version.

That’s quite the attention to detail (laughs). Is there anything else you would like people to see in the game?

Yajima: For P3P, I would like people to pay attention to the female protagonist. P3P is currently the only version of Persona 3 where you can pick the female protagonist, but I think there are people who knew about her existence but have not played as her, so please take this opportunity.

And for P4G, we hope that you will enjoy the new “album” feature in the remastered version. If there is a choice for a Social Link event that you didn’t select, you can go back and freely select it in the album, witnessing a side of a Social Link partner that you didn’t know existed. I’ve personally rediscovered some things when exploring all of the options during playtesting, so I’ve really wanted this kind of review function.

Nomura: I would also like to appeal to everyone with the price of 1,980 yen including tax (laughs). In a sense, the price was the most important factor in product planning. To be honest, some people in the company thought the price was a little too low… However, in the end, we decided to go with this price because we wanted to expand the fanbase who have come to love the series by developing P3P and P4G for various consoles worldwide.

The price is also a token of our appreciation for the 25th anniversary of the series last year. We hope that those who loved the original versions and those who have not yet played them can enjoy them to their heart’s content on their favorite platforms. Thank you very much!